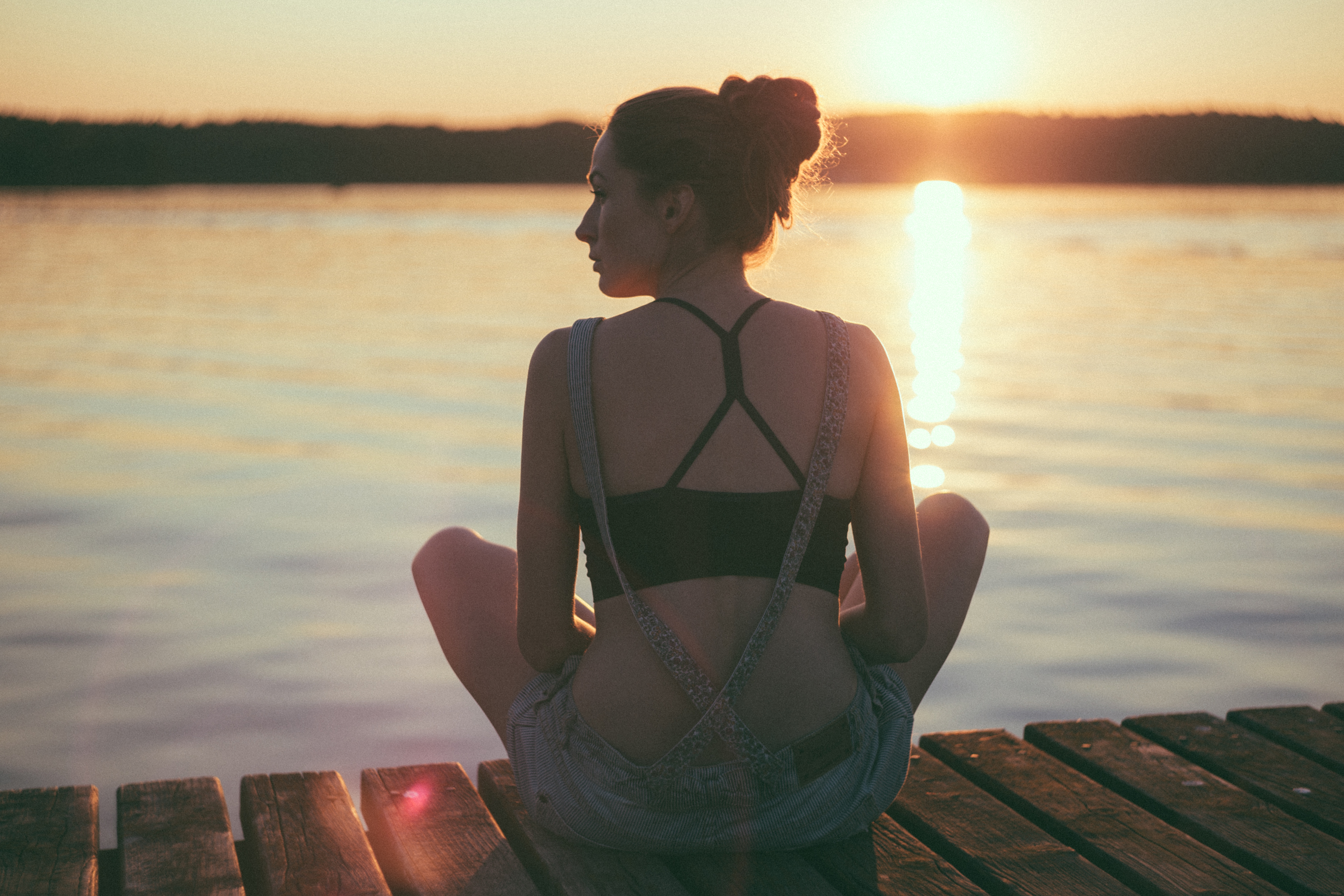 I originally planned to write this series in chronological order. ie: when I first got diagnosed, what happened with my relationships of friends, family and the like. But I don’t feel like going in order anymore. I just want to write about what I feel more ready to talk about in time. And, like my anxiety, it’s all a mess, so the order these posts come will reflect in that mess of my mental health. Anyway.

After recently talking to a friend who also has anxiety about habits and safety blankets, I felt like it was the ideal time to talk about it here, while it’s still fresh in my mind of the discussions we had. A lot of people with anxiety or any kind of mental health issue seem to have habits and safety blankets and I am 100% one of those people. I thought I’d talk through some of mine and why I feel they benefit or impact me.

My biggest safety blanket is probably my phone. Now, I know a lot of people are going to dub me a typical millennial for this, but hear me out. My phone is like a connection back to safety. I can talk to my mother as and when needed, I can reach out to other friends and family if I need to. It’s also ideal for any emergencies, whether I’m calling 999 or getting in contact with someone for the right reasons. I also get very anxious talking to people – especially the less I know them. My phone is sort of like a mask to help me cover the awkward and anxiousness. If you take that phone from out of my hands, I will start to act weird. I will pull at things because my hands need something to project how I feel – the nervousness and twitches. Once, I was in a meeting with my head of year back in school and I was so nervous, I pulled at my watch strap until it broke clean off. Everyone awkwardly stared at the watch, then at me and my heart felt like the beat of a drum at a loud pop rock concert with some hot drummer beating out the notes. I’ve broken multiple things – wrist watches, shoe straps (sitting in a chair and reaching my arm to my shoe to pull at it), pieces of plastic from clothing tags that won’t break so easily – the list is pretty long. I don’t know my own physical strength until it comes to anxiety where I could almost turn hulk. If there’s nothing in my hands, I will dig my fingers into my palms, leaving nail marks so deep that sometimes I bleed. “But Jazz, what about stress toys?” Did that, saw the movie, bought the t-shirt. The toys ended up breaking. Stress balls were ripped to shreds and these tough tangle toys that aren’t meant to break easily… well, they snapped pretty quickly. And with my phone, I can ‘casually’ glance at it – probably at nothing important… maybe a text from my phone provider, a tweet from an artist I follow or a notification from an app – making me seem less anxious.

Does it make me look ignorant? Maybe. But this is where I’m coming from. If someone is checking their phone, but still in the conversation with you, don’t instantly assume they’re being ignorant. They could have anxiety and this could be their safety blanket. If I’m still able to carry the conversation with you while looking at my phone, that means I’m still listening. It means I am engaging, but I’m more than likely trying to put my anxious feelings at bay by playing it off cool and trying to calm my inner monologue from talking as rapidly as a commentator for the horse races. Because that’s what my mind is like when I’m anxious. Thoughts rushing at 100pmh, the slight nauseous feeling, palms sweating, knees week (mom’s spaghetti… wait… sorry… this isn’t an Eminem karaoke night. Forgive me.) and my throat dryer than a fucking desert.

What I’m trying to get at, though, is some people need safety blankets. My phone is mine and if it is not charged or broken, I cannot go outside. Full stop. Not because I’m so infatuated with today’s technology (that’s another story.) but it’s something that helps me in many ways. People who don’t have a need for ‘safety blankets’ don’t tend to think about others needing one. They may see myself or someone else on their phone and think of us as obnoxious, which is kind of unfair. I’m not asking you to instantly assume that a person is not being ignorant, but what I’m asking is that if you’re reading this, you make a mental note in the back of your mind to maybe not be so judgemental about someone on their phone. I’ve heard people talk behind my back about me being on my phone and I get upset and anxious again because the last thing I want to do is come off as ignorant or rude. But I need this. I need something with me.

Another thing which kind of goes with safety blankets is habits. I have so many. In fact, if I list them all we will be here a while. So I’m just going to try and focus on some major ones.

Now, I know nobody really knows what happens in other people’s minds, but let me try and explain the inside of mine for you. Imagine a small room. And there’s about 50 boxes. Some stacked on top of others, some tipped over, open wide. Now imagine lots of holograms beaming out of these boxes. Each one playing something irrelevant to the other one. Then there’s about 3 different songs playing. Maybe one like a scratched record playing just a snippet of a song. Another just playing an annoying song from maybe your childhood or an annoying TV ad. And then there’s just one which is a little louder than the rest playing one song over and over. There’s a mess on the floor. And it’s almost like there 17 tabs on an internet browser, each one playing noise of some sort – maybe dialect from a TV or movie show, another a conversation, one is your inner voice trying to guide you through life. And the rest are incoherent babblings. You can’t quite work out what it is, but it’s like noise. Constantly. Then there’s another voice. Maybe like you in a sarcastic tone. And it judges. Every. Thing. You. Do. That’s my mind. Of course, I don’t really visualise that, but to bring it into a form of visionary for you to understand, that’s how I’d best describe it. It’s like that non stop. Even when I’m trying to relax, or sleep. While I’m talking to people, while I’m trying to concentrate. It’s been like this all my life. I used to think that was “normal” until as I got older and spoke to more people, I realised it wasn’t. Now, when I’m trying to concentrate or talk or read aloud, this intensifies. Maybe by 5 or 10 or even up to 20 times more – depending how anxious I feel. It means I stumble when I’m reading or trying to do something scripted in my head. I used to be really good at reading aloud – I was in the highest reading level in my primary school and about 5 years ahead of my age’s capability. But as anxiety has defeated me more and more overtime, that chaos in my head has intensified and that judgemental side of me is like someone trying to dictate every little thing I do and pressurising me. “Read that word, that one comes later, look up, no look at what you’re reading.”

So, I guess you could say overthinking is definitely a big habit of mine. It gets worse when I begin to over analyse things. And I do that. A LOT.

Another habit of mine is getting into ruts. When I get too anxious or my bi-polar swings to the depressive side of the moodswing pendulum, I get into major ruts. I can sleep for hours and hours. Sometimes I can only be awake for up to four hours. And then when I am awake, it’s in the middle of the night. Want to know a secret? That’s what’s happening to me right now. It’s 1:50am as I type this sentence and I’m sitting in the conservatory with my two dogs as they try to sleep and the music channel playing the role of my only real company right now. I’ve gotten into this rut originally because I’m fighting a cold and slept a lot to try and get over it. But with a physical illness sparks my mental illness intensifying. And so depressive mode is back and I’m here, alone. Again. I don’t enjoy being up and awake on my own. Well, most of the time, anyway. For an hour or two it can be nice because for once I’m in charge of the TV and can watch what I want. I can have some me time. But after that, the state of loneliness kicks in. Especially when I wake up at around 3pm, the majority of the day is done and I see people talking about what they’ve achieved in their hours out of slumber, while I spent my day unconscious and alone. Again. It’s not a habit I like. I detest it. But sometimes it’s so easy to just fall into the rut. Especially when my mind isn’t in a good place.

Anyway, I thought I’d share this in hopes that I can maybe reach out to someone who may not have someone to talk to, read this and then realise that what they are going through isn’t abnormal for the issues they’re facing. Because I know I’m not the only one who experiences this. Maybe not in the exact same way as others, but similarly there are people who said they go through something like this.

Have you picked up any anxious habits or safety blankets?