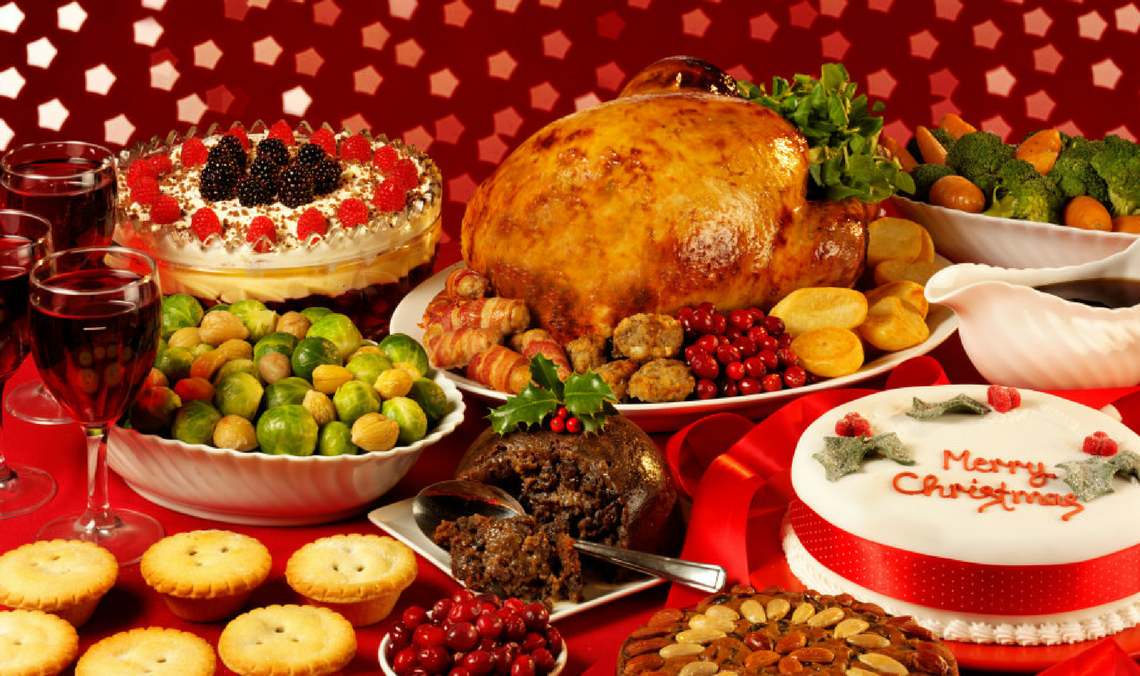 Last year, my favourite Blogmas post was all about Christmas Around The World. I loved it so much that I decided to do a different version this year which focuses on Christmas Dinner around the world. I have friends all across the globe and I find it so fascinating to see how traditions vary from country to country, so I thought it would be fun to share some Christmas Dinners from across the globe. 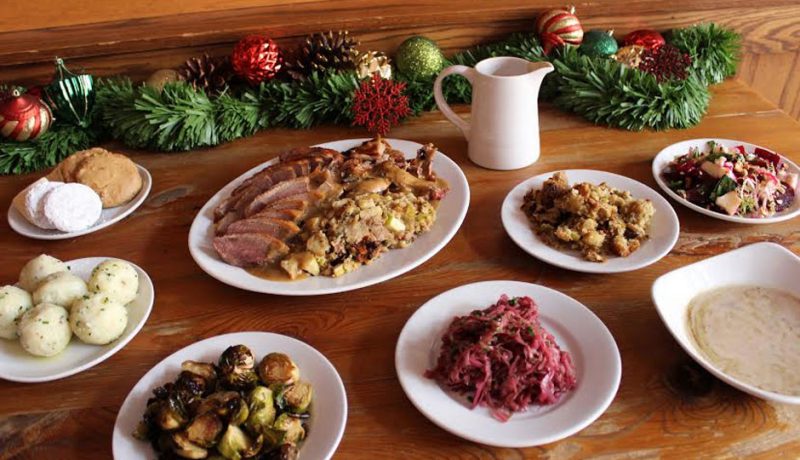 “In the south of Germany, a lot of people eat fish, but all over Germany it’s usually either roast meat with different sides or sausages with potato salads. We always used to have roast venison with red kraut and dumplings or noodles, but it’s really different in every family. We have that meal on the 24th. Some people meet with their family on the 25th and only have a meal at home on the 24th, just parents and children. We go out and eat with dad’s side of the family on the 26th and eat roast with my mum’s side on the 24th, not doing anything on actual Christmas Day.” – Laura 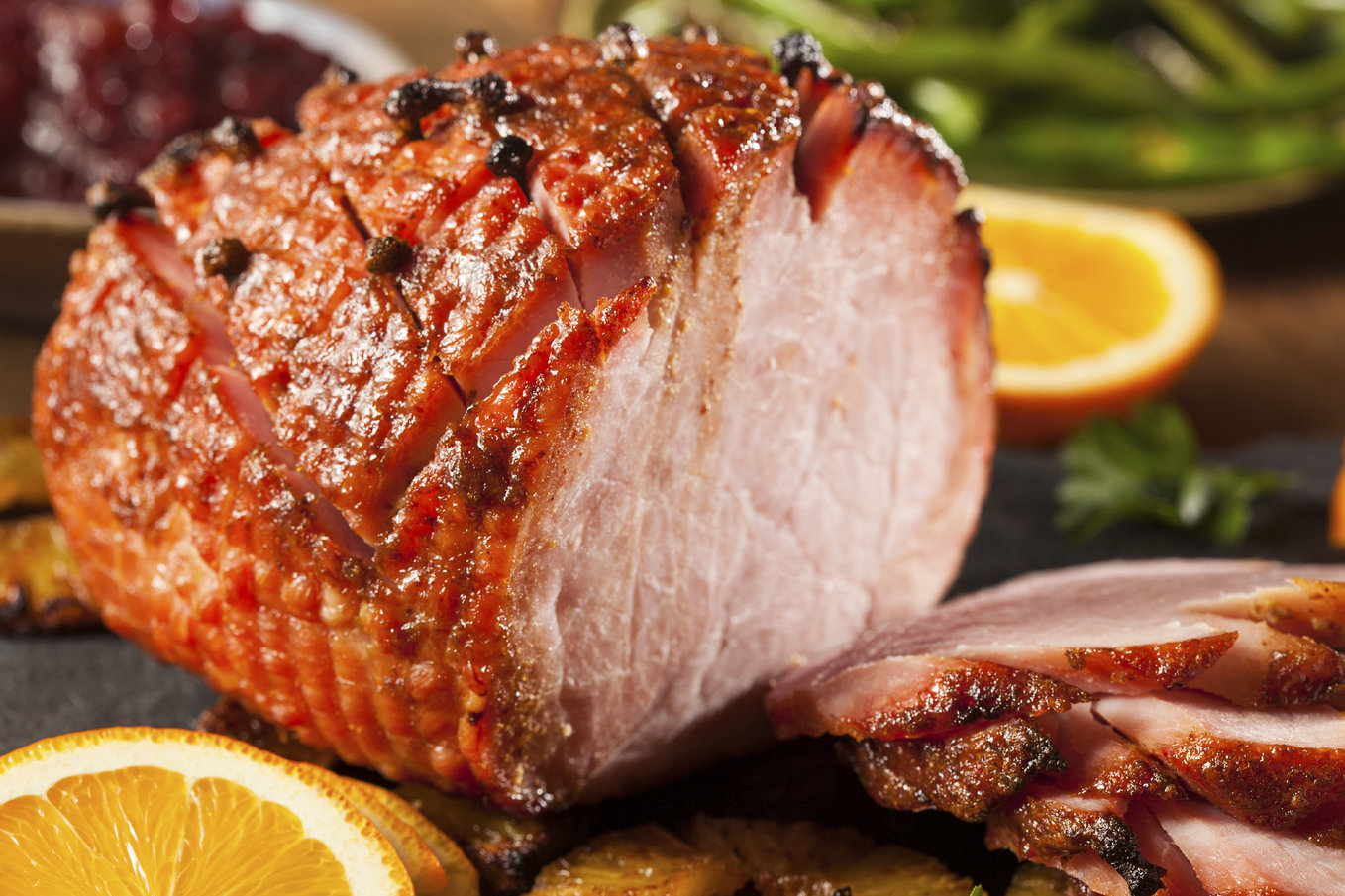 ” We usually have a honey-baked ham, green bean casserole, creamed corn or some other veggie, yams, maybe cranberry too. Some bread rolls and whatever else we feel like cooking up. That’s usually like at 4, after we spent all morning eating candy and dunkin donuts for breakfast lol! Chinese food for Christmas dinner is big in the US, too.”- Alex. Check out her site Keep It Nerdy! 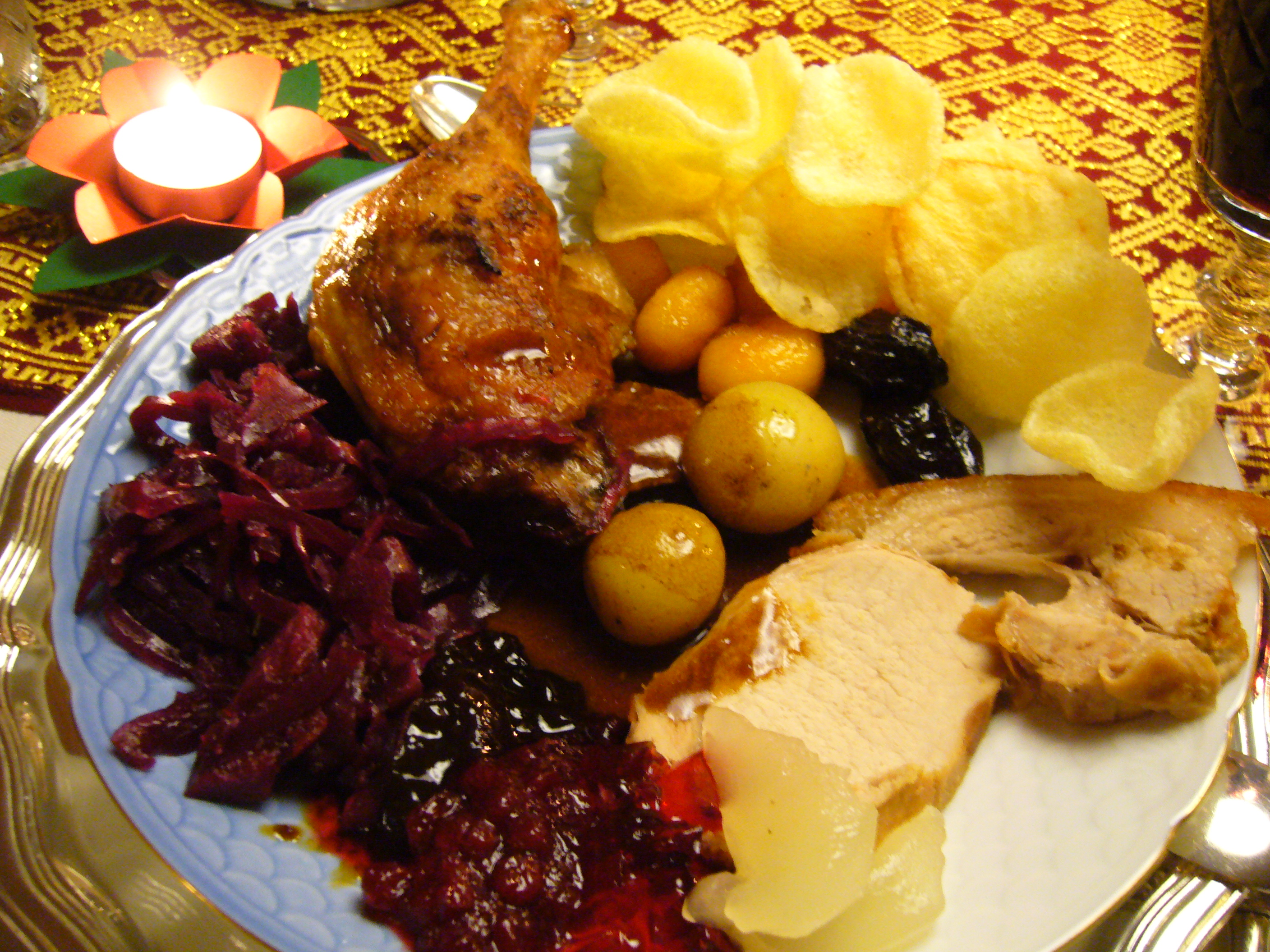 “In Denmark, we get a lot of food! Besides vegetables such as potatoes and red cabbage, the main meat people get is roast pork, roast duck or sausages as well as gravy. For dessert, people either get rice pudding or ris a la mande. It’s all so good.” – Line 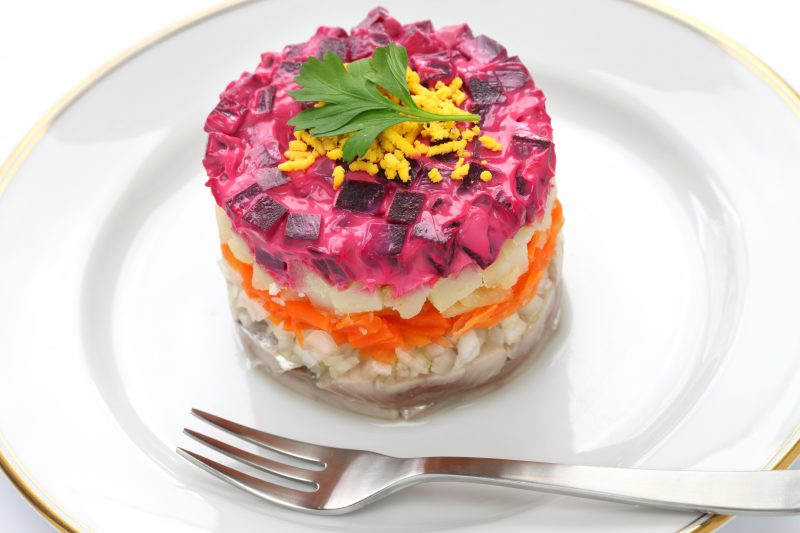 “My dad is from Russia so we have often had a traditional Russian Christmas dinner. We have Selyodka pod Shuboy (in English known as herring in a fur coat) which is layered salad which is traditional for the holidays and is a real staple to holiday feasts. It’s layered with mayonnaise, beets, potatoes, diced hard boiled eggs and herring.” – Kayla 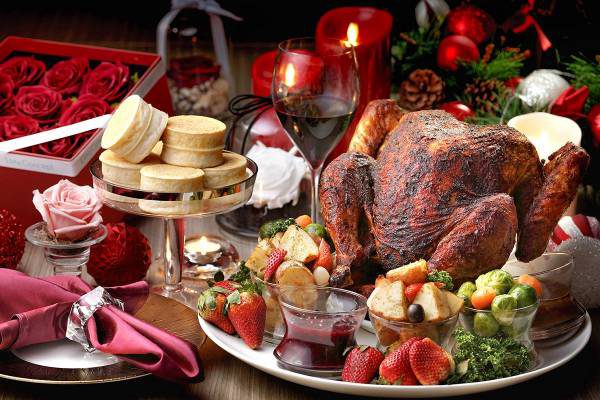 “There are two main types of Christmas dinner in Taiwan, none of them involved family. One is for couples and the other is for friends gathering. The dinner itself is normally western food instead of Chinese/ Asian food and there is normally gift exchange involved. For couples, Christmas dinners are treated as a Valentine’s day dinner, romantic setting with fancy wine, chocolate, flower and expensive presents. It is not an occasion that you eat at home, restaurants are normally fully booked, one needs to book rather in advance for those more famous places. As for friends’ gathering, it is again normally eating out instead of a home cook meal. Booking a decent restaurant can be a nightmare around Christmas!” – Patricia. Check out her website! 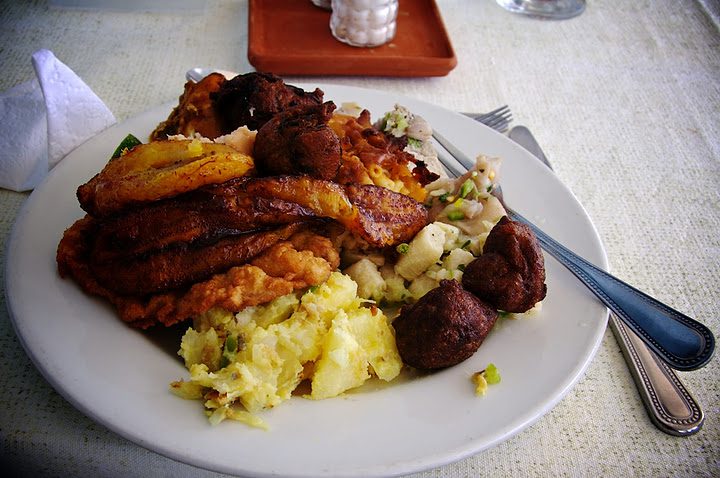 “In Barbados, food is a big part of Christmas. So much so that many stay up late on Christmas Eve slaving away in the kitchen to produce the feast for the next day. For us, it’s more like Christmas lunch than dinner. As such, you get all the staples of a typical Bajan Sunday lunch: rice and peas, macaroni pie, chicken, fish, sweet potato pie, gravy, salad, etc. But what sets Christmas apart is the large amount of food made and the staple dishes. These are great cake, jug jug, and baked ham. The drinks themselves can also be considered seasonal as you won’t really find on the dining table any other time of the year. These include ginger beer, sorrel drink, malt, Punch-a-Cream and the family’s favourite liquor. By the end of the lunch, you usually have the ‘itis’/ethnic fatigue and you want to do nothing more than to find the closest couch to sleep it off.”  – Chloe. Check out her blog! 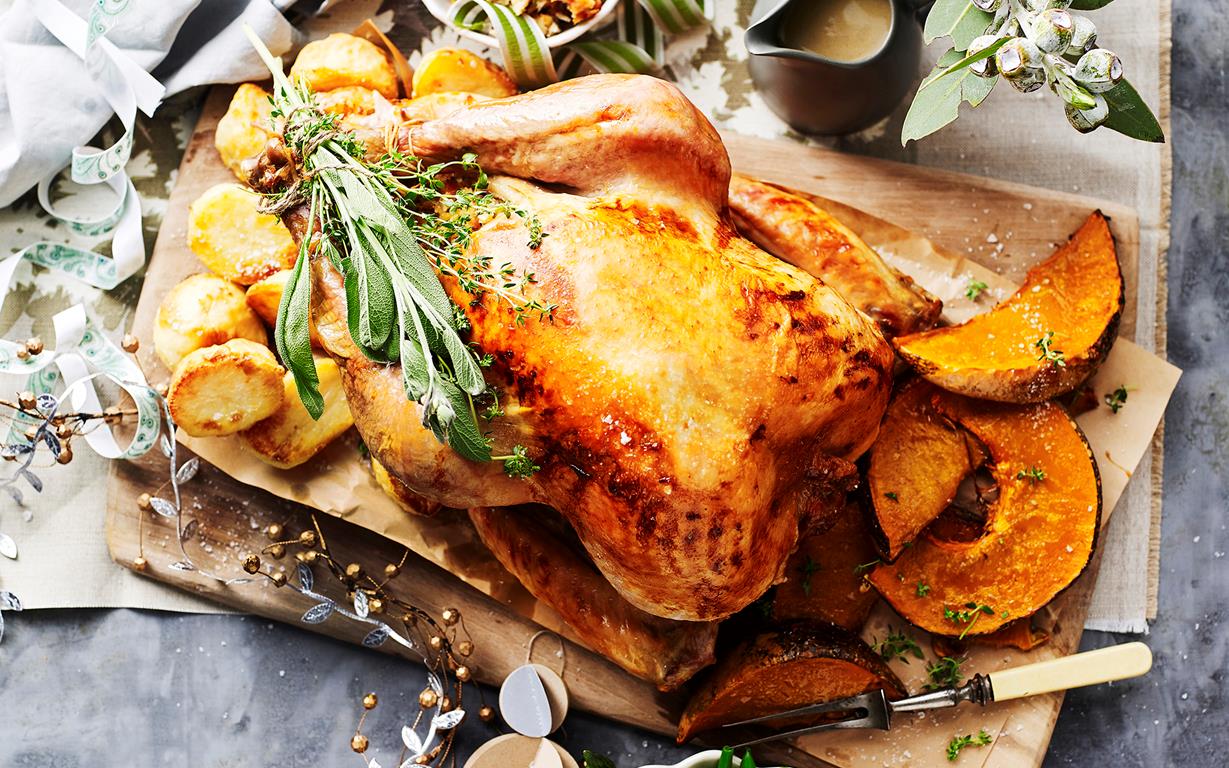 “Christmas in Australia can be a blessing and a curse. Why? Because it’s the middle of summer and it can get so hot and uncomfortable. But apart from that, it’s a great time of year for me. We usually have Christmas lunch at my house with my dads side of the family. It’s legit a three course meal. It’s great. We always have a bowl of pasta first, followed by roast chicken and roast vegetables and salad. Desert is usually panettone and some chocolates. It’s so delicious and I always fill up and then pass out on the couch. Best part of the day tbh. The for the rest of the day it’s relax until the second wave of dinner with my mums side of the family. There’s no three course meal, it’s just an all you can eat buffet and everyone helps themselves to whatever. We’re still a bit full from lunch lol. Except this time, there’s so many desserts and I go crazy. It’s amazing. Then later, we usually get someone to dress up as Santa and give out the gifts under the tree. So much fun!” – Adam. Check him out on YouTube. 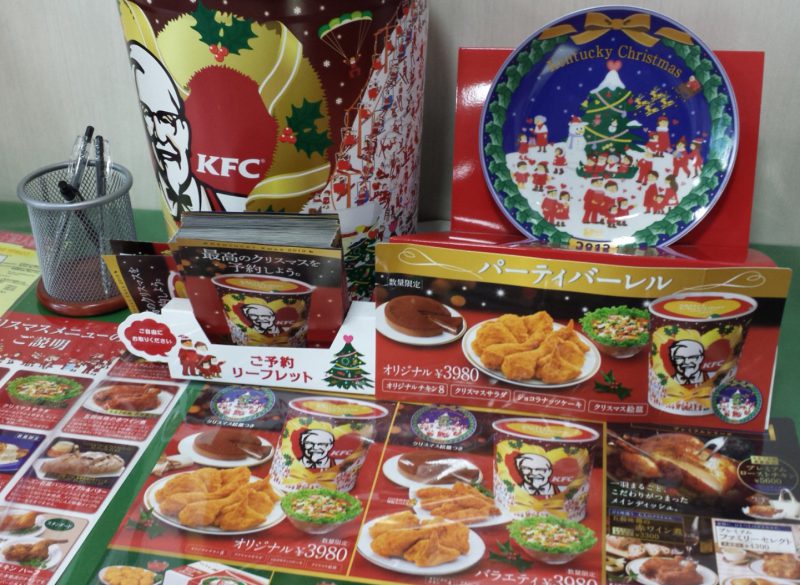 “I actually learnt about this one from Twitter – KFC is actually quite common for Christmas dinner in Japan! Turkey is basically an unknown dish in Japan and so KFC Fried Chicken is what they eat. It’s so popular that people order it up to two months prior to Christmas. An estimate of 3.6 million Japanese families tuck into KFC ever Christmas which has become a nationwide tradition. Back in 1974, KFC created a party barrel to be sold on Christmas, calling it Kurisumasu ni wa Kentakkii (Kentucky for Christmas) and became extremely popular. It filled a void of no Christmas traditions in Japan and lives on to today.” – Jazz

Which of these Christmas dinners around the world would you like to try?