Having recently returned from Disneyland in California, I can’t help but reminisce over the incredible two days I had there. A big part of this was meeting the Disney characters and having such a magical experience with each of them. What a lot of people don’t realise is that you can really interact with the characters, even if they are unable to talk. I thought I’d share with you some of my top tips for the best ways to interact with disney characters. 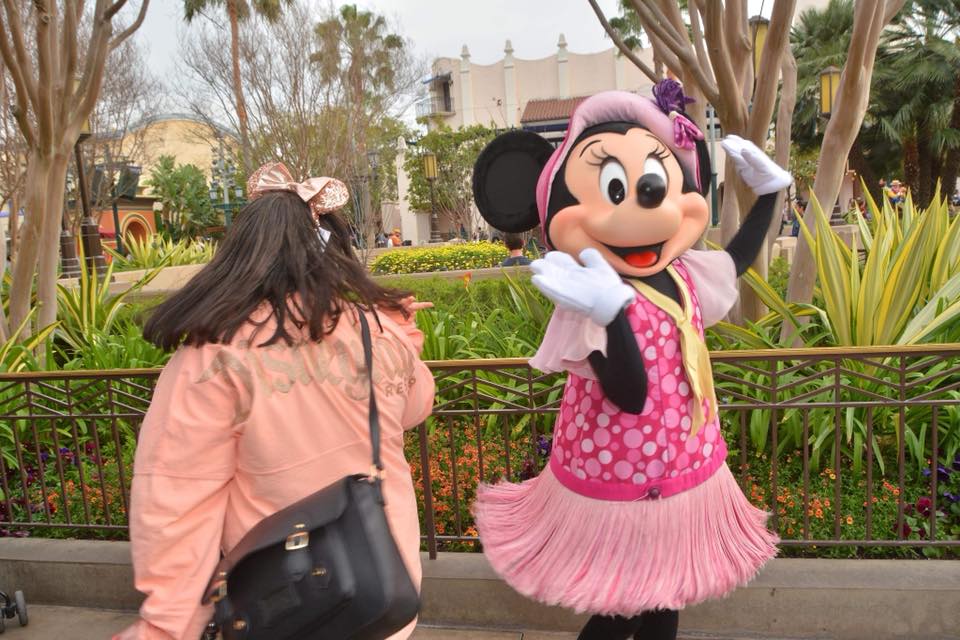 Where to meet them

There are various options of where and when you can meet different Disney characters. Usually you can find out by getting a schedule of events at the entrance of the park or sometimes on the park app. There’s also a lot of events you can attend, with the most popular being character meals. At every resort, there’s always a chance to book some kind of meal which includes the characters and is a wonderful way to meet characters. The best thing is that they approach you so you’re pretty much guaranteed time with all of the characters who attend. If you’re booking a package holiday, ask if they could give you more info about different options or just check the park website for dining options, there’ll be all the information plus price range and an example of the menu.

Another way to meet characters and the way we met all of them in Disneyland California was just by pure chance! Some parks have more freedom in regards to the characters roaming around. I found that Disneyland California had characters walking around off schedule far more often compared to Disneyland Paris, where it’s quite rare. We went about our day and before we could even plan to try and find characters, they were out and about greeting guests! Completely spontaneous but it meant that the lines were pretty reasonable, with only around 10 minutes to wait.

As I’ve said, you can still talk to characters even if they are fur characters who cannot talk themselves. All the characters I met in Disneyland were fur characters so they couldn’t really talk, but they can definitely react on what you say. For example, for some reason I decided to compliment each of the characters. I told Minnie that she was my fashion icon and I loved her outfit, to which she decided to twirl and get me to twirl with her. With Chip n Dale I called them cute and squeezed their cheeks, to which they acted like they were blushing and found it really cute, which is similar to how I interacted with Goofy. When it came to Pluto, I scratched his head and called him a “good boy” which he responded like a dog. There’s lots of ways you can keep the character interactions fresh and it definitely makes for a more magical memory.

When it comes to fur characters, it’s usually best to either compliment them or ask “yes” or “no” questions so they can answer you the best. Questions such as “are you having a good day?” or “hey Minnie, have you seen Mickey today?” are good examples, but I’m sure you can come up with plenty of your own!

Face characters are a lot easier to talk to, because they have their voice! This is where you can really get some amazing memories by having good conversations with them. It’s always good to ask them questions relating to their film. So you may want to ask Belle about her favourite book or of she’s been to the bookshop back home recently or maybe ask Peter Pan about The Lost Boys. A way to the Princesses hearts would be for you or your little one to wear a dress, especially if it’s an actual Disney Princess one. They often compliment you on the dress and treat you as if you are royalty yourself. Speaking of clothing, wearing anything with your favourite character on when you meet them goes down really well. Or, if you’re familiar with Disneybounding, it may be an idea to style your outfit on the character you want to meet most.

If you happen to meet a villain, don’t be afraid; time to seek revenge! Or at least that’s what I did. I tormented Captain Hook by yelling “Codfish” and “tick-tock” to which he ran away and cried against the wall. You could tell Cruella that she is a fashion faux-pas  or Gaston that he isn’t the most handsome man in the park. Watch their reactions, it’s so much fun!

With both fur and face characters, you want to make your photo ops memorable. Try not to just stand next to them. Ask Minnie to strike a fashionable pose or grab Pluto for a hug. You can often give them a kiss on the cheek, too. Try and plan your pose with the characracter because you’ll get some great memories.

Don’t forget, selfies are totally a thing in the Disney parks! Getting a “casual” selfie with a character is also great fun and makes for a good social media post. You can do this as well as having your official photos. 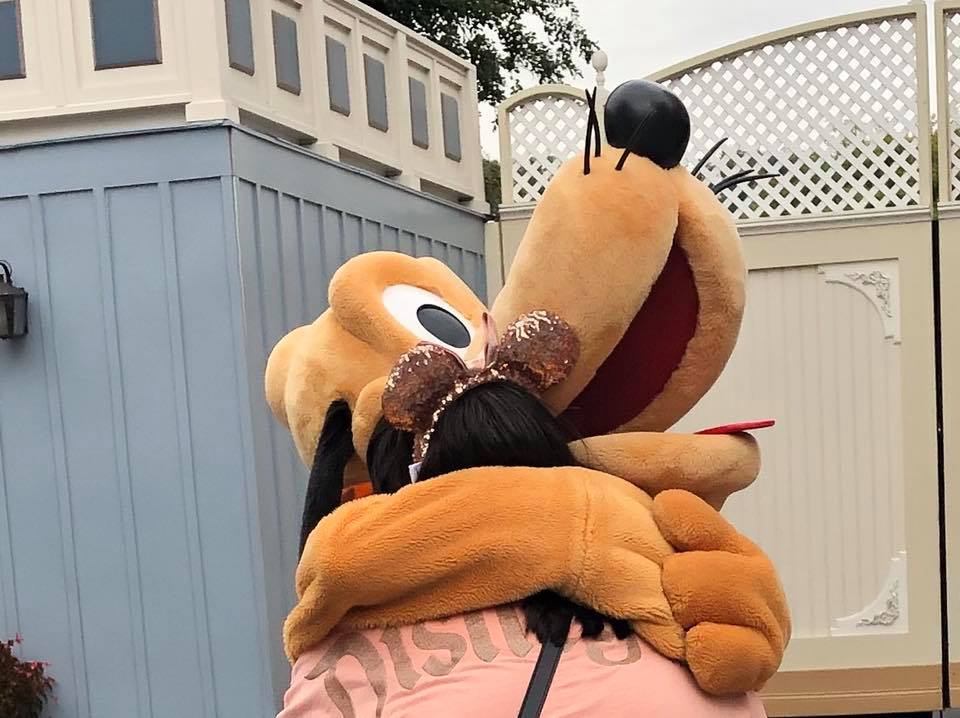 You’ve had some magical experiences and now it’s time to save them, but how? I personally recommend getting a Photopass or a Maxpass. In Disneyland Paris and I believe Walt Disney World, you can get what’s called a Photopass which  lets the photopass photographer take some amazing photos of your time at Disneyland such as meet and greets. People often debate on this but I think it’s great because they take multiple photos of you interacting with the characters (candid-style) as well as the actual photos with the characters. If you want a family photo, you don’t have to leave a member out of the group. Of course, cast members also take photos on your camera or phone for free, but I love the quality of the photos and the fact that can view and order them online or with the help of an app, you can download them right to your phone! In California, we were able to purchase the Maxpass for $10.00 which not only let us download our photos quickly but has other great features, too, such as being able to book fastpasses right from your phone!

I hope you manage to put these tips to use when you interact with Disney characters! Have you ever had any magical memories with Disney Characters? Which character do you want to meet the most? 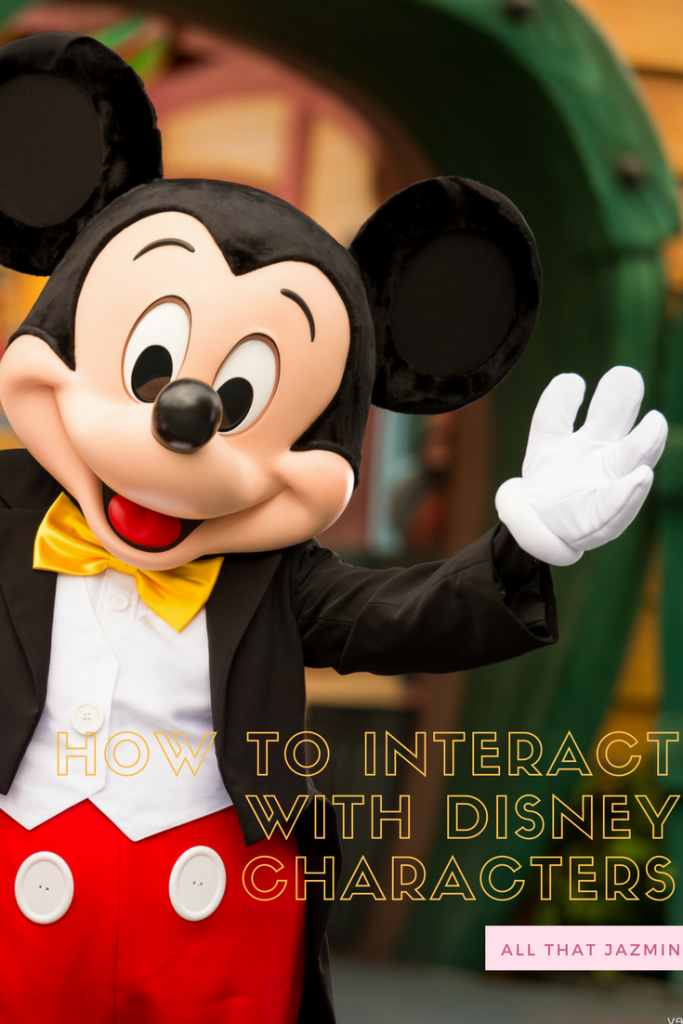