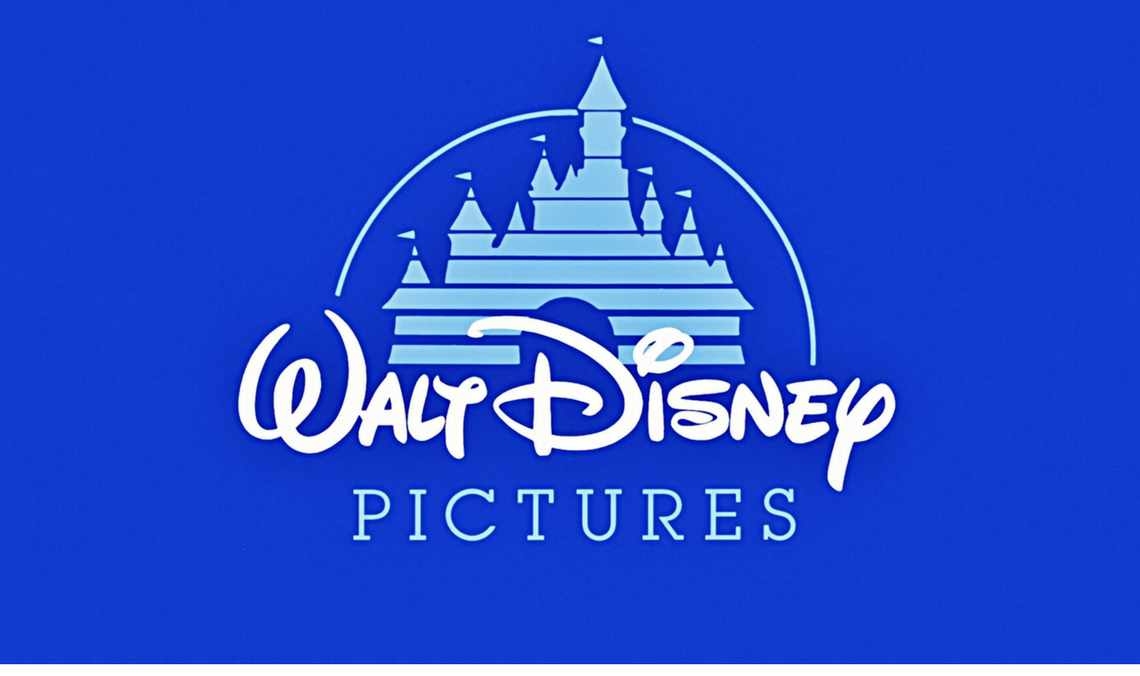 Welcome back to another Tuesday Ten! Now, we all know that Walt Disney Studios have the ability of creating some real masterpieces and there are hundreds of films produced by them, but today I thought I’d share with you some real gems that are underrated Disney films which I cannot believe don’t get as much love and attention as other films. So many people haven’t heard of a lot of these films so who knows – maybe you’ll discover a new film! 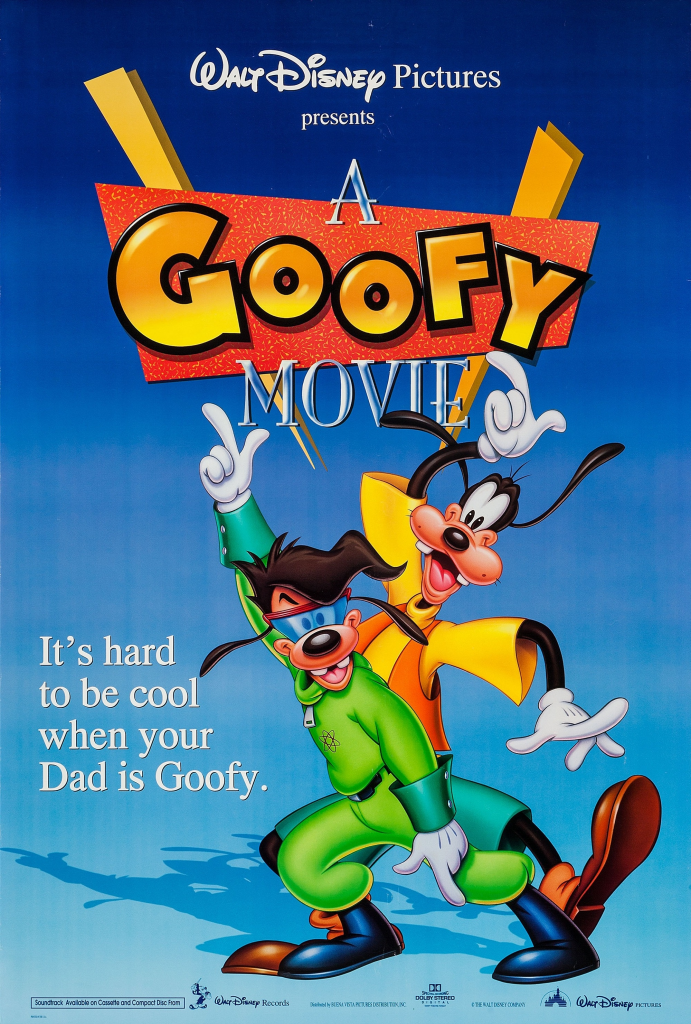 This film means so much to me. I don’t remember how or when I was given this film but all I know is that I used to watch it every Sunday at my Gran’s house. Goofy is such a brilliant character from Disney’s fab five and I think you really get to learn more about him and his son, Max, in this film. Also, the music is amazing and I wish that the popstar, Powerline, was real because his songs are so amazingly catchy and I could imagine them being on the charts in real life! A lot of my friends agree on that statement, too.

So many people haven’t heard of this film and I’ve no idea how? Oliver & Company, to me, is such a classic and something I watched on a regular basis when I was younger. I love Disney animal films and much like A Goofy Movie, this has some amazing songs. My favourite is Why Should I Worry? and I feel like it has such a feel good side to it, that I often play it on Spotify. The film and storyline itself is also great to watch with some real loveable characters.

One Hundred and One Dalmatians 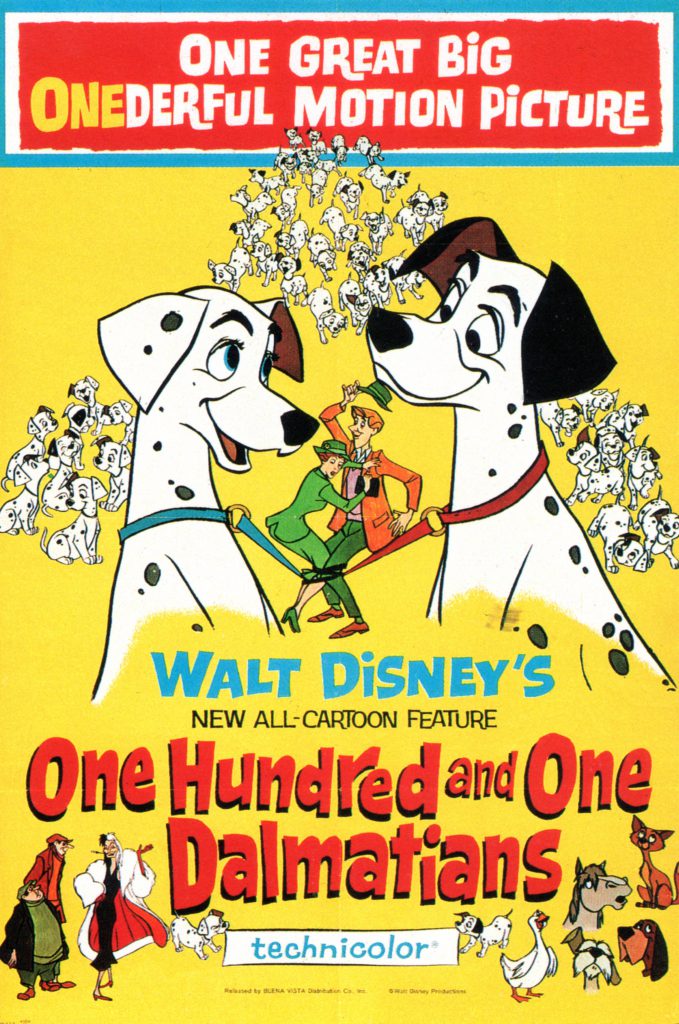 Being the huge fan of Dalmatians I forgot not everyone loves this film as much as me. I’ll let you into a little fun fact – this film was the first time I ever laughed properly. When I was a baby, I watched this film and there’s a scene where one of the puppies kept blocking the way of the TV and they kept yelling “Lucky Lucky, get down!” which for some reason made me laugh my nappy off. The film is such an adventure and who on Earth doesn’t love puppies? My love for this film as a child caused an obsession with Dalmatians where I own way more than 100 stuffed Dalmatian toys and have ended up owning four real life Dalmatians, too, with my two current dogs being of the breed. 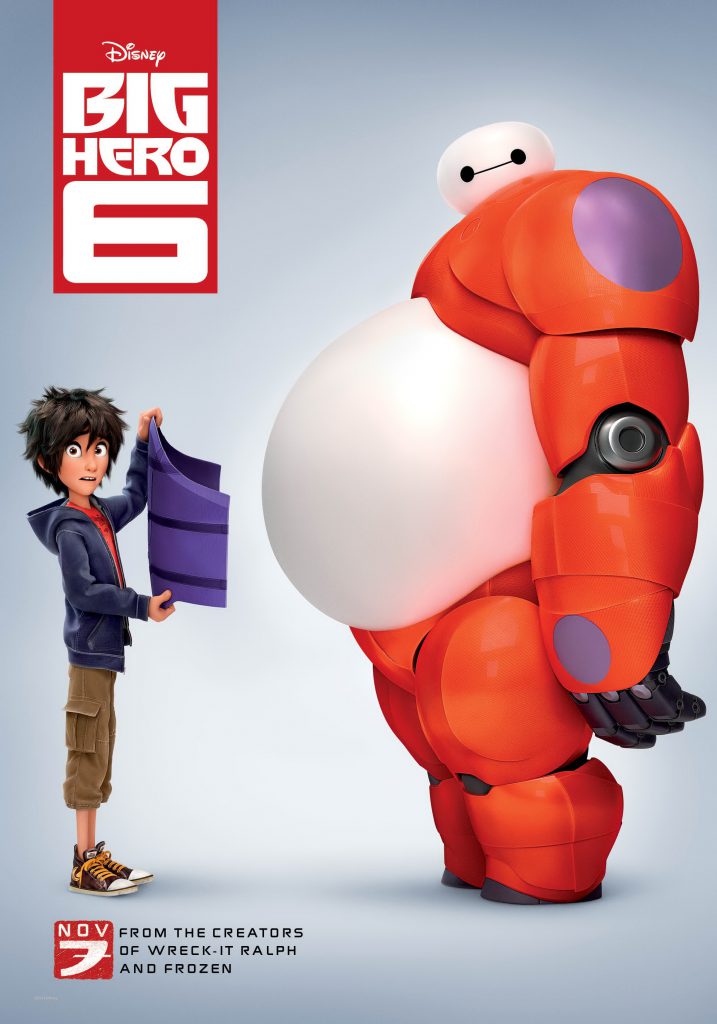 Big Hero 6, to me, is such a great film for mental health. We follow the journey of teenager, Hiro, as he deals with loss. While at first he bottles things up, Baymax is instrumental in helping Hiro process and accept his grief. I had the wonderful opportunity of interviewing the director and voice of Baymax a few year ago which hearing from them really gave me more insight to the film. My friends and I were devastated at how underrated this film became especially since it spotlights so much on getting help and talking about emotional mental health, something that is well known between my friends and I. And, don’t hate me, but I prefer Baymax as a side kick than  Olaf. He’s much more huggable, caring and pretty much every scene of Baymax is capable of making you feel something. He’ll definitely make you laugh! 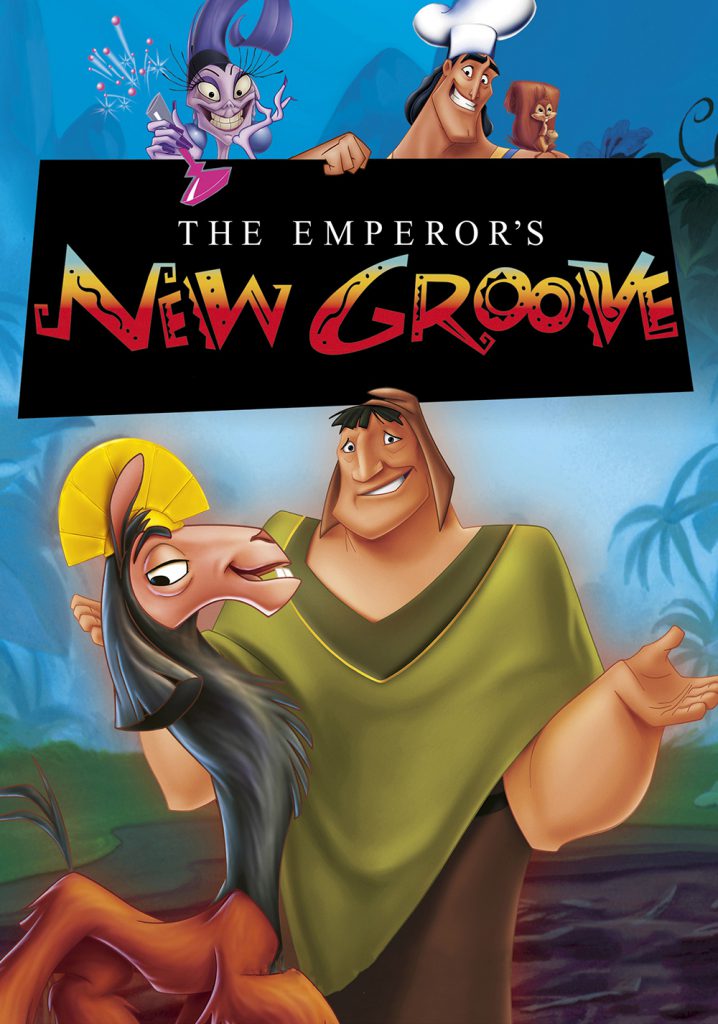 This film is great fun. First of all, Emperor Kuzco may be royalty, but he is no prince charming. He is so sassy and I am HERE for that. Yzma is also such an incredible Disney villain. All kinds of crazy and all kinds of hilarious. This film has so many different scenes which will have you laughing, it’s just a great family film which everyone will enjoy. It’s also quite the quotable film! 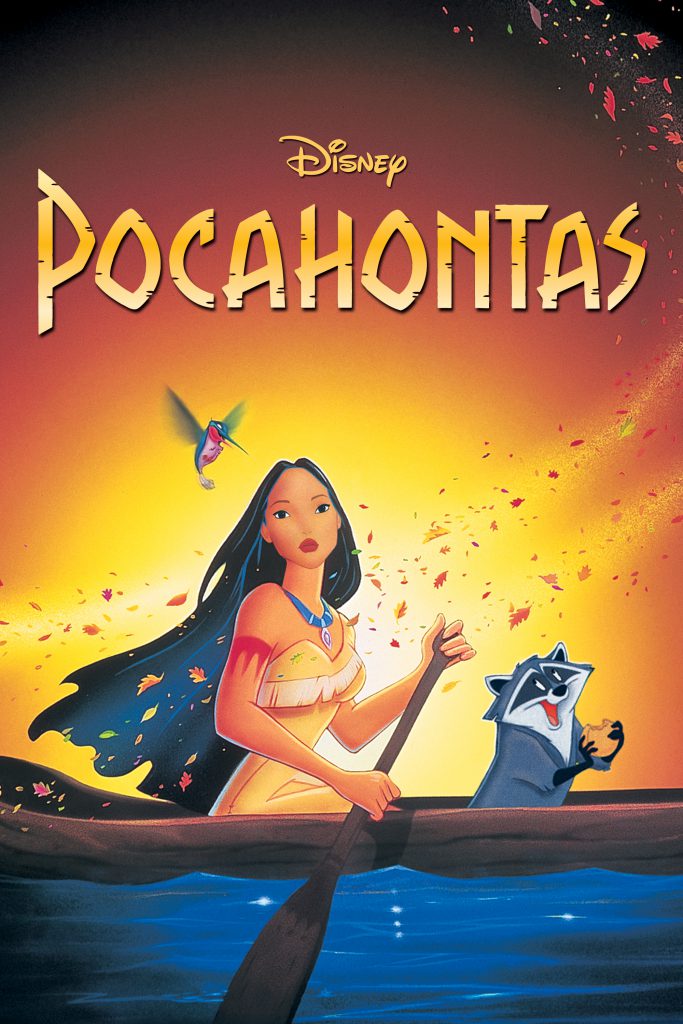 She’s the forgotten princess of Disney. I love Pocahontas. When I wasn’t watching A Goofy Movie on a Sunday, I was watching this. I liked how Pocahontas wasn’t some damsel in distress who needed saving. She taught a lot to John Smith which made him realise that what he and his crew were there for was wrong and they shouldn’t be claiming the land to own for themselves. I also love Meeko – he’s a great side kick and my gran always made me laugh by doing an impression of him when he spat his tongue out (watch the film, you’ll know what scene I mean) and also, Colours of the Wind is a gorgeous song – I used to sing it all the time. 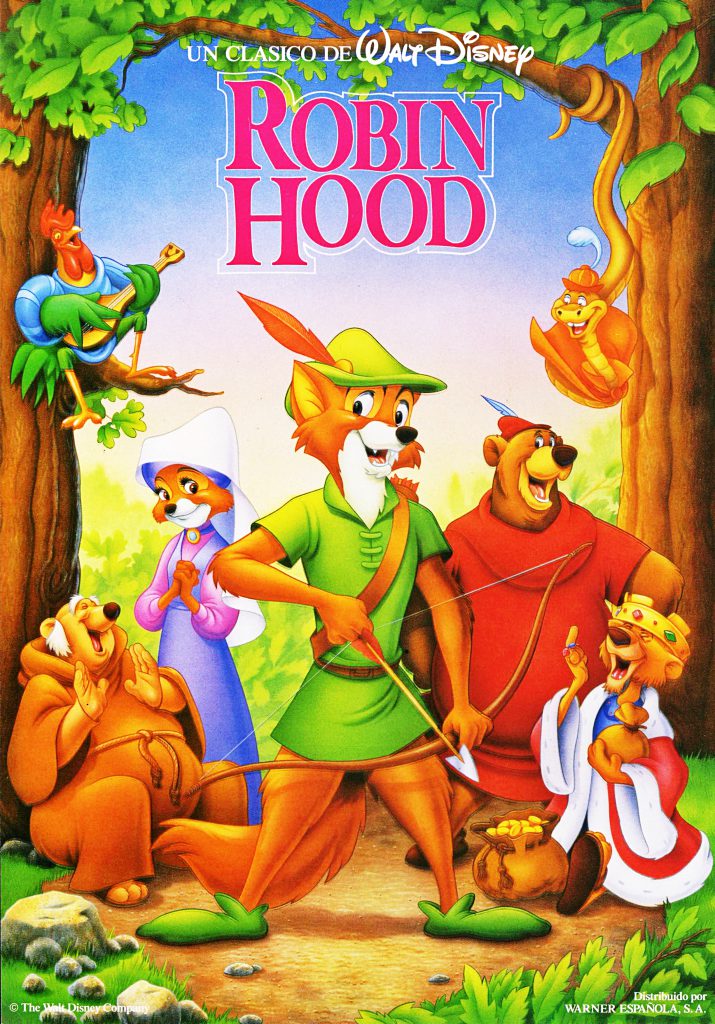 I love how this story was told using animals. No idea why, but animals are a lot more enjoyable than humans! I’ve seen other renditions of the telling of Robin Hood but none as enjoyable as this. It tells the classic story in a non patronising way which isn’t boring or too silly. This film was shot on such a tight budget, being one of the releases following closely from Walt Disney’s death, the film cleverly used footage from previous films in certain sequences, but done in a great way – people have only noticed this years later after really watching and taking note of recycled animation.

What annoys me about this film is so many people love the character of Marie in apparel and accessories, but nobody cares for the actual film! I feel as though the characters are so charming and loveable – Toulouse and Berlioz are just as adorable as Marie, you know! And how Thomas O’Malley is able to charm the pants off of you, despite being a cat, well that’s something only Disney can do. The animation as a whole is so beautiful and aesthetically pleasing and again, the songs are so memorable and enjoyable. 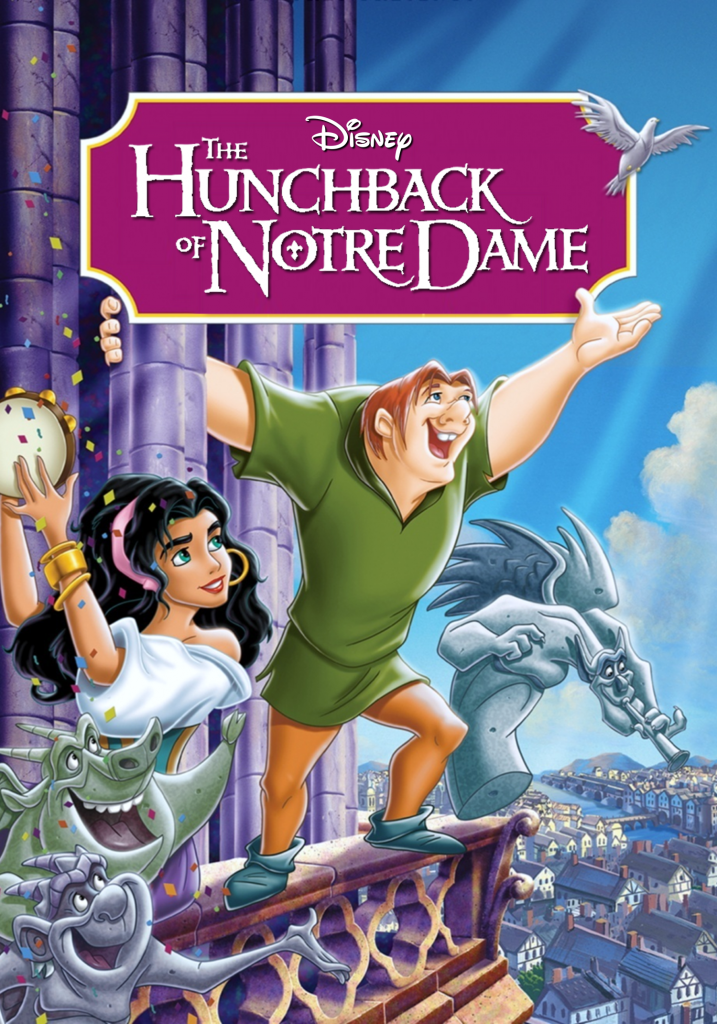 Is it wrong to say that this was the reason I was so excited to see the Notre Dame in Paris and not for it being a famous landmark for other reasons? Oh well, no bothers given. One thing which makes this quite the memorable film is not the lead, but the wonderful cast of supporting characters and with a wide range of them to keep a child’s full attention, this is something Hunchback does. Comical, loving, strong and scary – there’s an array of different personalities and all amusing. I also love the non-stereotypical protagonist. Usually, there is a young and beautiful main character in your typical Disney movie who will ave the day and will get the girl while fighting the enemy. But this lead gave us something Disney had yet to showcase before this point. We were given a shy and deformed bell ringer, giving us a more relatable character. He doesn’t ge tthe girl in the end, but that’s not why that makes him the girl. Just because he didn’t win the girl or look attractive, doesn’t mean you cannot save the day and be a hero and doesn’t mean you can’t be loved.

The Sword in the Stone 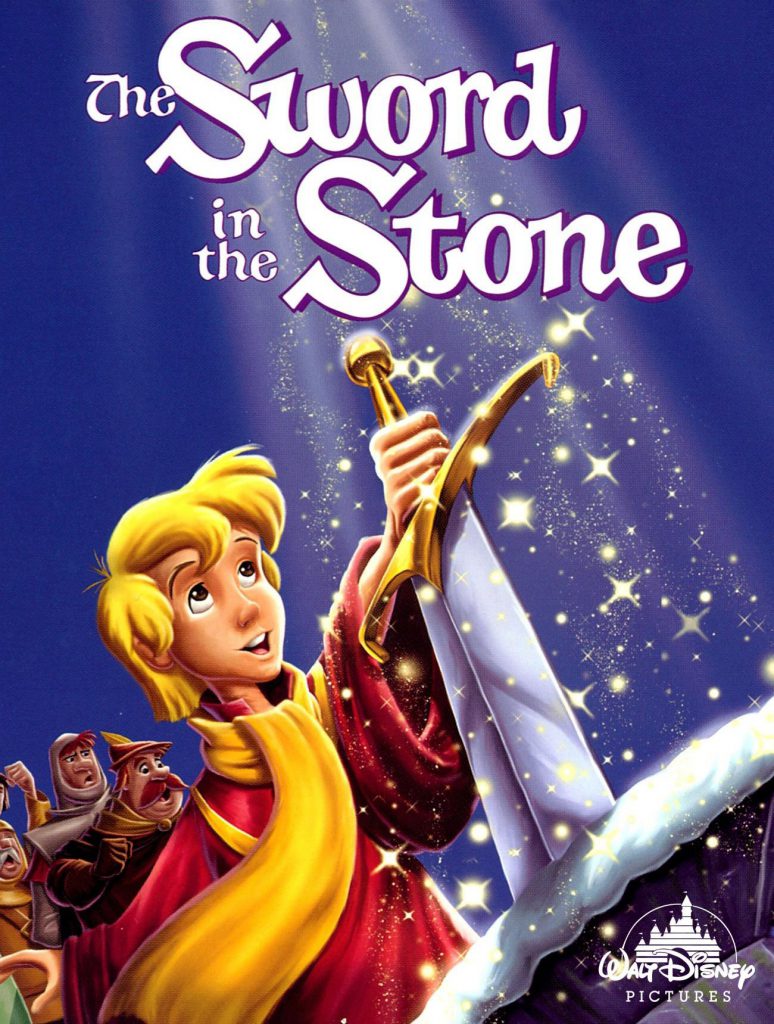 This musical comedy about sorcery has a gorgeous soundtrack composed by the famous Sherman Brothers (responsible for some real Disney classics such as Mary Poppins and The jungle Book). Based on the novel by T.H.White, this enchanting tale has a moral of how the underdog can come out on top. The film also continually teaches and reinforces the lesson that brains and intellect will always be stronger than brute force and brawn. Plus, I love the rivalry between Merlin and Madam Mim.

So, these are my ten underrated Disney films! How many have you seen? What Disney films are underrate in your opinion?