Andy Tsege is a British citizen and father of three, who is being illegally held on Ethiopia’s death row. On 20th March 2017, he will have been held for 1,000 days. The democracy campaigner was kidnapped and taken to Ethiopia to face torture and execution for his political views. The UK government has power to be able to negotiate Andy’s return home, but have failed to do so.  This is where ethnical bath and beauty company, LUSH supports Andy Tsege.

The company are known for their Fresh and cruelty free cosmetics but also the advocacy in human and animal rights. LUSH have joined forces with human rights organisation, Reprieve, on the campaign #FreeAndyTsege and have created a new bath bomb called ‘Buy One, Set One Free’, to raise awareness of the horrific incident. 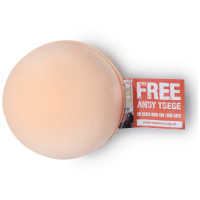 “Release into the water, close your eyes, take three deep breaths and imagine…
Take an evocative journey through India, arriving at Old Delhi station as you breathe in the clove bud and black pepper warming the air.
Travel to the Australian outback and discover the uplifting blend of fire tree and lemon myrtle.
Explore the resinous heart of the Middle East as smoky incense of oudh and sandalwood fills the air.
While travelling you are seized from the airport, hooded and bound, and put on a plane to Ethiopia. You were taken because you had been sentenced to death by the Ethiopian government whilst at home in London with your family and now they have illegally kidnapped you and thrown you on death row. You are not allowed contact with your family and are even denied a lawyer.
Take a deep breath and open your eyes. You’re safely back in your bathroom. However, for Andy Tsege, a vocal critic of Ethiopia’s repressive ruling party, this is his reality. March 20th marks 1000 days of Andy’s illegal detention on death row in Ethiopia. Andy’s family have campaigned tirelessly to secure his release. Yet, so far, the British Government have failed in its duty to ensure that Andy is returned to the UK.
Reprieve is calling on Foreign Secretary Boris Johnson to negotiate Andy’s safe return to the UK. The proceeds raised from this bath bomb (minus the VAT) will go towards Reprieve, including their fight to save Andy from execution and to bring him home.”

The powerful message aims to move fans of the beauty company and get them and the media talking about the horrific events and point them in the direction of the petition to send to the UK Government. All proceeds from the bath bomb will go directly to a charity that is campaigning to remove Andy from death row.

You can buy the bath bomb in your local LUSH store or online and be sure to sign the petition here.