Skip to Content
Home All That Jazmin Blogmas Day 11: What’s on TV Christmas 2016

Today’s post is one I’m excited about, because it’s a big deal in our house; Christmas TV! Now I know Christmas specials have been playing throughout the month of December, but I think the next three days is where it’ll be the best. So, get your TV planner at the ready because here’s some picks of  what’ll be on the box Christmas Eve, Christmas Day and Boxing Day…

The Great Christmas Bake Off 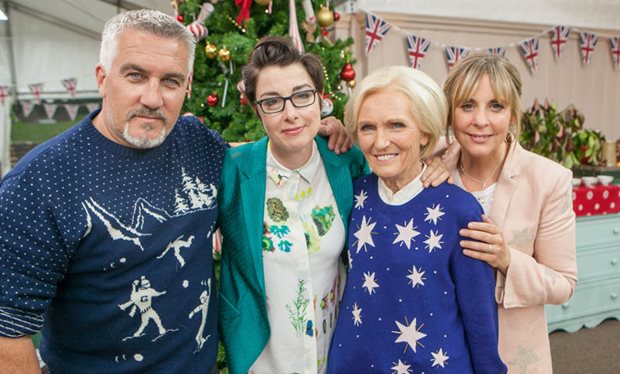 Making its final appearance on BBC One, The Great British Bake Off will air one of two Christmas specials. Mel and Sue return with the baking royalty that is Mary Berry and Paul Hollywood. The fantastic four return one last time before the big move to Channel 4 along with four bakers from previous series. Former contestants will return for three festive challenges, following the declaration of the Bake Off Christmas champ.

Airs Christmas Day at 4:45PM and Boxing Day at 7PM

After a year-long wait, there’s just hours to go until the return of Peter Capaldi reprising his role of The Doctor in the Christmas special. ‘The Return of Doctor Mysterio’ will see The Doctor unite with superpowered vigilante ‘The Ghost’ and a journalist in order to save New York City from an alien attack.

With it looking like the possibility of this being Phil’s last Christmas, it’s going to be a very interesting time for the Mitchell’s around the festive period. Meanwhile, Denise’s due date is fast approaching and with Kim and Vincent on holiday, she’s hoping for a peaceful Christmas with Libby and Patrick, but will it go to plan? And surprise, Branning fans… he’s back! How will Christmas on the Square be so calm with the return of Max?

It’s Boxing Day and the Brockman family have to carry out a special mission for Grandad. They encounter car problems, child problems, parent problems, emotional problems and World War Two. If the adults can’t sort things out the children will have to.

Strictly alumni will be making a return to the dance floor for the annual Christmas special. Runner up from series two – Denise Lewis, 2016’s first vote off – Melvin Odoom, Frankie Bridge – from season 12, series 8’s Pamela Stephenson, Ainsley Harriott from series 13 and Gethin Jones from series 5 will be the contestants taking to the floor to come toe to toe in Tango for a war of Waltzes.

The nuns of Nonnatus House will be sunnying it up this Christmas as they swap the frosty East London for the heat of South Africa in this year’s Christmas special as they help a small struggling mission hospital on the Eastern Cape. But will there be a Christmas miracle millions of miles from home?

Britain’s best sitcom of the 21st Century returns to the tellybox again for another Christmas special. Agnes and the clan are gearing up for the festive season, with a Christmas tree conundrum, a blaze at Wash and Blow causing trouble for Rory and Dino, Cathy and her new French beau  and Grandad returning from hospital with medical marijuana, it’s hardly going to be calm in the Dublin darling’s house this year.

Roald Dahl’s whimsical yet sinister rewrites have been animated for a two-part special with Red Riding Hood taking the lead. Expect the unexpected with these fairytale twists.

British Comedian, Michael Mcintyre, is hosting a fully festive show for Christmas Eve. With his audience wearing Santa hats, Olympic gymnast Louis Smith, Michael Ball and Alfie Boe along with Aled Jones and The Snowman plus many more. 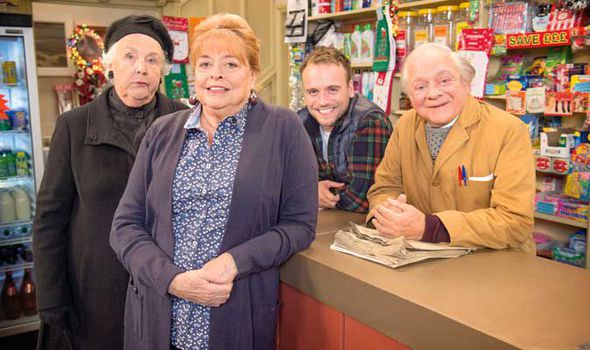 A spin off of the old British classic, ‘Open All Hours’, brings a Christmas special again this year. Time comes to a standstill in the shabby old corner shop as Granville and co are avid at a new arrival.

Where would Christmas be without some old comedic classics? Of course, Blackadder is one of the greatest British comedies, so is it any surprise for it to air this time of year? In this Christmas special, Ebenezer Blackadder is visited by ghastly ghostly ancestors.

This series from the 60s still gets all the love decades later and is another true classic which many love to watch at the festive time of year. This year you can see the Christmas Special from 1971 as well as two other episodes.

One of Britain’s most loved comedic double acts will be returning to your screens for a festive edition of their show for you to sit and reminisce over your favourite comedy duo.

The classic game show makes a return tonight with the one and only David Walliams stepping in as host and asking celebrities to help contestants fill in the missing words during this one-off special this Christmas.

Silent Night? In Emmerdale? At Christmas? Not a chance! The show announced earlier this month 10 thrilling storylines that have been playing out over the festive period. He may have had a special episode dedicated to him in aid of Alzheimer’s awareness, but Ashley plays a key role in the Christmas special taking place for an hour on Christmas Day. And what about  Zak and Lisa’s Christmas reunion? And what about Cain and Moira reuniting? Will they? Won’t they? Find out over the next few days…

This Christmas special can expect 90 minutes jam packed of murder, mystery, malice and quite possibly a baby. In a manger of all places!

With Toyah back on the Cobbles, Nick wary of Peter and the secret of Steve McDonald being the real father of her unborn baby, it doesn’t look like Leanne will be having the quiet Christmas she was hoping for. With forbidden love, big secrets and treacherous liaisons, Corrie is definitely one to watch this Christmas.

Birds of a Feather

The Birds are back for a special Christmas adventure, which sees Sharon, Tracey and Dorien flying the Chigwell nest as they head off Tangier to search for Travis, who mysteriously disappeared on his Gap year. While there, they run into gangster Vince, who becomes their saviour when they attract unwanted attention.

From a Christmas nativity destroyed by a drone to hoverboards wrecking the decorations, join Harry Hill as he shows some of the most hilarious Christmas home videos.

We’re Going On a Bear Hunt

The childhood storytime classic has been turned into an animated film and is the perfect flick to watch with the family before bedtime. The half hour adaptation of Michael Rosen’s children’s tale will be brought to life by the likes of Olivia Colman, Pam Ferris and Mark Williams. The story will follow Stan, Katie, Rosie, Max, the baby and Rufus the dog who all head on an adventure on Christmas Eve whilst their parents go to the rescue of Grandma.

The tiny tots version of one of Channel 4’s most popular shows, Googlebox, will be airing a Christmas special of Gogglesprogs. Full of cute critics, the kids will eat treats of turkey as they bemuse viewers with the voices of opinion.

Eight out of Ten Cats does Countdown Christmas Special

Now the kids are all tucked up in bed, it’s time for some comedy with Kathy Burke and Sean Lock as they take on Russell Howard and Jon Richardson with Jimmy Carr hosting.

Join Alex Zane for 50 comical seasonal clips, sure to get you in stitches.

It’s Christmas time in Pontyberry And newyleds Stella and Michael who are expecting and preparing for the craziness of Christmas celebrations while good old Aunty Brenda in her mayoral role is lording it up. Plus a special guest from Ruth Jones’ beloved series, Gavin & Stacey makes an appearance. Nadolig Llawen, pawb!

A League of Their Own

Jack Whitehall, Andrew Flintoff and Jamie Redknapp join James Corden for a Christmas party to reminisce over the series’ best moments while playing a game of pool against guest star Dennis Taylor before a special guest joins them for a few carols around the piano.

Back again with another show, James Corden hosts the best bits of his hit week night American TV talk show. Followed by an hour of the best bits of his beloved viral videos of Carpook Karoake, where the British TV personality drives around with the biggest musical stars while singing to their songs.

You’ll notice I’ve not mentioned any films… worry not! This is a two part piece in which I’ll be focusing on the films showing on TV tomorrow. Get excited!

What TV shows are you looking forward to watching over the Christmas period? Have I missed something you’re planning to watch? Let me know below!

Rosie went to @llantrisantv4p today for her booste