Skip to Content
Home All That Jazmin My 2016 Favourites

Can you believe another year has come to an end? Because I can’t. I feel like everytime I blink, a whole 12 months has passed by. Insane. I’ve discovered a lot of things this year, so of course I’m going to do a post dedicated to them and rave about my love for these favourites.

This is Tanya’s second book release. With the popularity proven with the baking chapter of her first book, ‘Love Tanya’, and major love shown for her baking videos, Tanya released this gorgeous book full of amazing recipes which are not too complicated and caters for her entire audience, both young and old. I tried a few recipes with my mother and I highly enjoyed making her  ‘Sunday Cake’ which was adorable to read about an old tradition. There are other recipes from her friends and family which really makes this book so personal. I can’t wait to try making other treats.

To be given the insight of life in one of the world’s biggest girl groups of this decade is really interesting. Keeping it real and not over glorifying the glitz and glam that fame brings, Jesy, Perrie, Leigh-Anne and Jade share a view of the world through their eyes. What’s really worth commending is that the girls don’t shy away from the struggles they face. Though their face on billboards and their music played worldwide, The 2011 X Factor winners are still very much down to Earth and openly discuss struggles they’ve faced that many of their fans can relate to. I highly enjoyed this book and getting to know the girls on a more personal level. Another enjoyable aspect is that they talk to the fans as if they are on the same level, rather than talking down as if they are more superior, which is always highly appreciated by fans.

When my friend, Lily, introduced me to this scrub, I was blown away. More so by the fact that it is an amazing alternative to typical shampoo and conditioner. It washes my hair so well and gives it a lot of volume. If you want gorgeous beach babe hair, this product used in the shower is amazing. I cannot get enough of it!

Only recently purchasing this, it’s such a good product that it had to be mentioned in my 2016 favourites. It’s really great under eye concealer and also does a fab job of covering blemishes. I’d heard so much about the product that I was excited to see what all the hype was about and I completely get it now.

Available from Superdrug for £3.99

Another reason Tanya is featured in my 2016 favourites is for this little beauty. Tanya released three matte lip products as part of her ‘Soft Luxe’ collection and the shade of ‘Martha Moo’ is simply stunning. It’s no wonder the product is the most popular out of the three. In my opinion, this is such an underrated liquid lipstick. The staying power is fantastic and doesn’t at all dry my lips like many matte products do. It also lasts for a long time, which is another element people look for in lip products. To put it into perspective; I’ve had many meals – including a McDonald’s veggie burger – and made a right mess but it still stayed put.

This foundation is incredible. It’s a heavy coverage and long lasting, making it perfect for a night out, special event, or day where you know you’ll be a long time out and about, therefore needing the coverage to last. This was my first ever high end foundation purchase and I absolutely have fallen in love with it. You don’t need much product as a little goes a long way and it’s definitely capable of a gorgeous finish without giving the cakey effect. It makes  my skin look much more alive and is in particular photogenic.

Available from Debenhams for £27.00

I was so excited for the release of Olly’s new album, especially since it was said to be his most personal yet; and it was. To hear Murs at his most vulnerable, fresh from a break-up was hard hitting, especially with so many songs that are relatable. Though full of heartbreak, it’s definitely full of a lot of upbeat, dance pop tunes which balances the emotions perfectly.The entire album has got me excited for seeing him on his tour in 2017.

When nobody thought it could get better after ‘Get Weird’, we were all floored. Little Mix’s 4th album is pop perfection with a dash of empowerment and sprinkle of attitude. The album offers a lot of personal stories from the girls; from falling in love to heartbreak and a touch of feminism. The sound follows a solid combination of pop meets EDM, which essentially are the sounds of 2016 in music. Another album to get me hyped up over their 2017 tour.

Beyoncé basically Beyoncé’d us all. When drama and chaos surrounded her relationship with multi-millionaire husband, Jay-Z, she kept her cool and put her heart and soul into the masterpiece that is Lemonade. There’s raw emotion, truth and honesty which are all from Beyoncé’s tales of tragedy in her marriage. There is an eclectic variation of all sorts, from collaborations with The Weeknd, James Blake and Kendrick Lamar to unexpected hoedown style song ‘Daddy Lessons’, but one thing that Bey never loses sight of is knowing her worth. Not the worth of her empire in music, but as a woman. Feminism is key to Beyoncé’s song and you can certainly sense it in this album. The visual album that comes hand in hand is spectacular. Artistic and full of cinematic vividness, I could not take my eyes off the entire film. Perhaps it should be noted that Beyoncé’s talent shone through on her Formation World Tour, which I was lucky enough to see as she made her debut performance in Cardiff on her UK leg of the tour. Seeing her live truly lived up to the album’s perfection.

2016 was the year of the One Direction hiatus kicking into place and nobody really knew what to expect. With Liam Payne openly working on his new music and Harry Styles on set of the new war film, ‘Dunkirk’, Louis and Niall were both rather quiet until the end of the year. With new dad duties with his firstborn arriving early 2016, Louis was rather quiet on the work aspect. It was around the time that the tragic news of his mother’s passing that Louis delivered his debut solo single, ‘Just Hold On’, featuring DJ Steve Aoki. It was Johannah’s last wish that Louis saw his first solo performance through and he really did do her proud on ‘The X Factor’ finals. The song is of an EDM genre and though assumed to be about his late mother, the song in fact has lyrics that can really suit anyone. “‪The sun goes down and it comes back up‬/The world it turns no matter what‬/If it all goes wrong/Darling just hold on” are an example of how the song really could fit anyone’s personal struggles in life, which I highly admire.

Another member of One Direction who has embarked on a solo career is Niall Horan. Though known for their pop-ish sounds, Niall takes a step in a different direction from bandmate, Louis, by releasing an acoustic song. The song tells the tale of someone (presumably Niall himself) who is still very much besotted by someone from their hometown they grew up in. It’s such a humbling song which gives the sort of boy-next-door vibes, which really pulls at my heartstrings.

American YouTube personality, Shane Dawson, has graced the world’s biggest video sharing site for almost 9 years now, but it’s 2016 that I really became a fan. To have a few minutes a day to take your mind off any struggles, worries or stress and just laugh is vital, in my opinion and Shane offers that to myself as well as millions of other viewers. His videos are pretty random and humorous, often making you question what he’s actually doing (DIY galaxying food, burning things in a waffle iron and just a lot of insane things). But beneath all the craziness, Shane understands where a lot of his viewers are coming from when it comes to having their own self issues and openly talks about his personal struggles of mental health, which is inspiring. It’s a reminder that even when there’s a grey cloud metaphorically hovering above your head, it’s always possible to make a rainbow using your own sense of humour and having a bit of fun, not taking things too seriously.

Some of you may remember me telling you the tale of how I went to Brighton for my 21st birthday. I’ve been wanting to go there for sometime and this year I finally went. I had so much fun and the seaside town had so much to offer. From the beautiful Brighton Pier to the famous ‘Choccywoccydoodah’ and the magnificent views from the i360 – I had such an incredible weekend there, celebrating my birthday and fell in love with the town instantly. 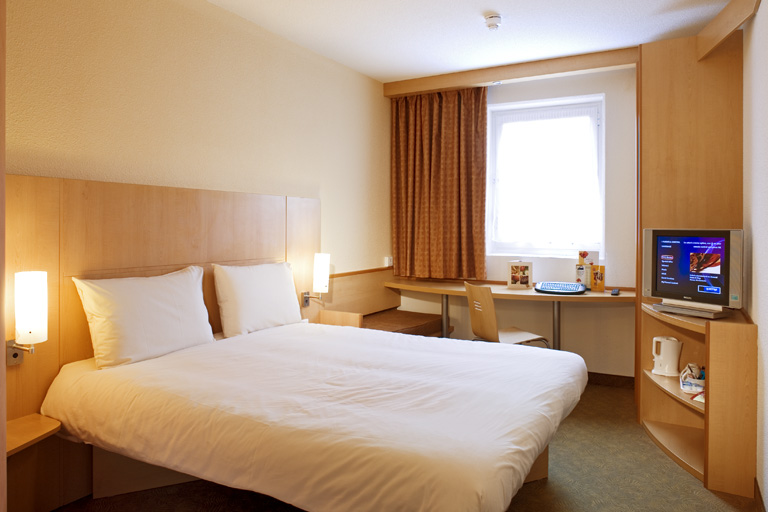 I’ve been using the Ibis Hotels for a few years now, but most notably this year for post concert antics. While not a 5 star hotel chain, they are rather reliable, with reasonable prices for a room when you need somewhere to put your head down. I’ve mostly been using the Cardiff hotel as it is located right next to the Motorpoint Arena, where many of the concerts I go to take place and since shows end after the last train back home, it’s a lot more convenient to be able to just book a room for the night. It’s also a lot of fun to arrive early and get ready with friends in the hotel room together or be able to use it as a place of storage should you go into Cardiff town beforehand. Membership for the Ibis hotel is free of charge and offers discounts for members as well as rewards. 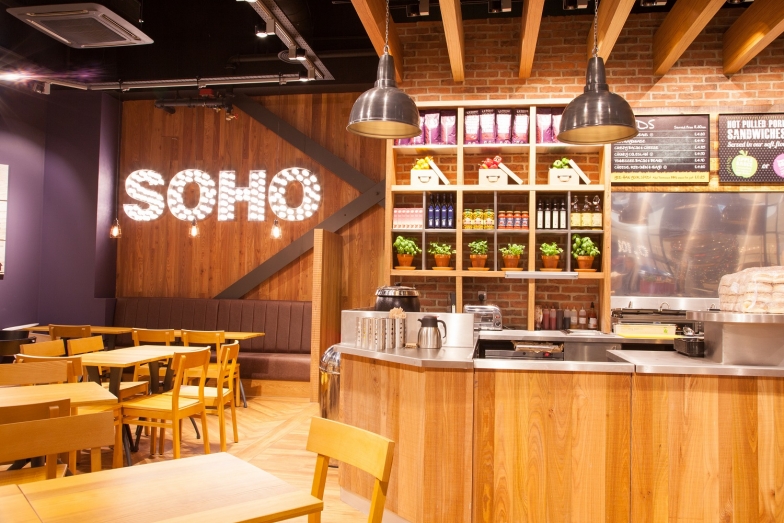 I was introduced to SOHO Coffee Co. back in March by a friend and have fallen in love. Tucked slightly out of the way in St David’s Centre, Cardiff, the coffee shop is spacious and an ideal place to meet up with friends, recharge or even go to study, with the free wifi and charging sockets located at some of the tables. My favourite thing to order is a pure fruit smoothie, which is really refreshing. The interior is nothing flashy, but rather reminds me of a typical coffee shop with a clean cut vibe to suit the liking of all generations.  SOHO is a chain, so if you fancy finding your local, check the site out.

What have you been loving in 2016? Are any of my favourites some of yours? Comment below!