Skip to Content
Home Charity Corner Somalia Aid: How you can help the humanitarian crisis

The mainstream media haven’t been doing much coverage on this, so I believe that it’s vital that we all speak up about the crisis going on and how the world and you can help Somalia Aid. 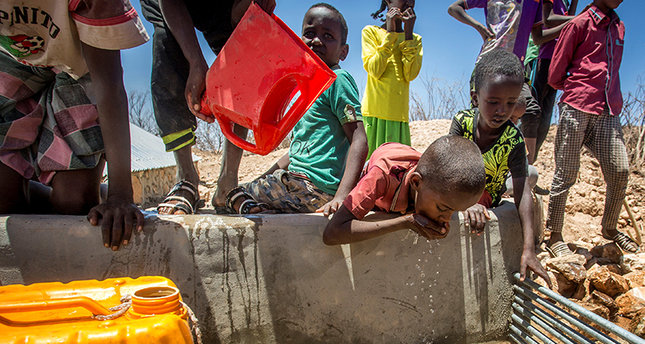 Yesterday, social media star – Jérôme Jarre – sparked a campaign to get Turkish Airlines, the one airline that flies to Somalia, to donate a plane to fly out there with food and water. People of the internet cottoned onto this and began to trend #TurkishAirlinesHelpSomalia, which trended worldwide on Twitter last night.

🚨MAINSTREAM MEDIA WON’T TALK ABOUT IT !!!

The power of social media is incredible and Turkish Airlines saw the trend, responding with this tweet:

There have been articles by some media outlets talking about the crisis in a tone that indicates there is nothing we can do, but we can. I’ve done a lot of research to compile this post in hopes I can inspire my readers to take action. Here’s how you can help Somalia Aid.

Many charities are encouraging financial donations as a big way of helping.

“In the event of a disaster, we don’t send volunteers abroad because we already have thousands of volunteers on the ground, already established and working in these areas,” said Ben Webster, head of emergencies at the British Red Cross. Managing new volunteers “can make this a little bit trickier”.

In agreement, Lily Caprani of Unicef UK said: “while we appreciate all volunteers… the best thing the public can do to help is to donate so organisations like Unicef can continue their life-saving work”.

Donations in aid of the disaster really can make a massive difference, in particular when people use Gift Aid to add 25% from the UK government. An example of Gift Aid making a difference is when the Red Cross received an extra £15m back in 2015.

Charities that work with the regions which are highlighted by the UN are The Red Cross, Save the Children, Unicef, Oxfam, The Disasters Emergency Committee (DEC) Yemen appeal and The International Rescue Committee (UK).

You can still actually volunteer on the ground. The UN has an estimate of 7,000 volunteers working in the field. You can apply online to join a pool run by the UN Volunteers programme. To qualify, you need to be over 25, be able to speak English, Spanish or French and have a university degree or higher technical diploma and two years’ relevant experience.

A UN spokesperson said “Yes, you can sign up to physically go to a destination, but there is a very stringent selection process.”

Joining the UNV’s talent pool, you will be allocated where your skills are in need. For example, right now, they are currently appealing for medical doctors to be able to work in Sub-Sarahan Africa, among other areas.

“We recruit people with a desire… but we wouldn’t field someone anywhere there isn’t a need for them.”

Successful volunteers receive all the same professional and security training which a full UN agency staff member have.

United Nations isn’t the only option for volunteers. Others include Voluntary Service Overseas (VSO) – who also works with volunteers in the field, Give a Day Global – a charity which encourages travellers to donate one day of their vacation to volunteer for a charity wherever they are, Relief Web – who advertises paid or voluntary positions in the aid sector, or Redr UK – who runs training courses in order to help people keen on volunteering overseas improve their knowledge and skills.

Many large UK-based charities won’t send volunteers abroad as they prefer to work with local staff instead. Charities such as Save the Children, Oxfam, and Unicef work with volunteers in the UK in a range of capacities. Information can be found on their websites on how you are able to sign up. The UNV also uses online volunteering which you can do from home to provide humanitarian support, including mapping date for safe transport routes or translating messages.

Similar to this, The Red Cross runs a programme through their Missing Maps Project – a collaboration with their American counterparts and Doctors Without Borders.

While most charities don’t accept goods donations such as second hand clothes due to the costly process, the Global Hand organisation is able to help you offer goods and services and partner you with people who are in need of them. You can also donate goods to charity shops throughout the UK which pass on proceeds to the charity. You can also volunteer your time at the shops or on other UK-based projects. One example is Oxfam, who have a well-established network of over 650 shops in which they use to be able to turn material goods into funds for their overseas operation.

No matter how you choose to help, all the charities have agreed on the seriousness of the current crisis. whether you donate a small amount or decide to volunteer, how you can help Somalia Aid is highly appreciated and much needed during this time of crisis.

How will you help Somalia Aid? Have you had experience in helping out during a crisis before?