Skip to Content
Home Featured Tuesday Ten: Things I Wish I Could Tell My Younger Self

Today’s Tuesday Ten is going to be a lot more personal than usual. It’s not telling you about my holy grail beauty products, nor is it talking about the places I’d like to travel someday. More than anything, this post is for me. It’s for me and my younger self. This month marks ten years since I first started secondary school and what a whirlwind of a decade that was. Honestly, no wonder my anxiety is a mess. Teenhood is not fun for the most part. At least in my experience. It was hell and that’s why after being inspired from reading Feel Good 101 by Emma Blackery, I want to share with you ten things I wish I could go back and tell my younger self… I think she needs it.

Teenage drama is not a big deal in the end 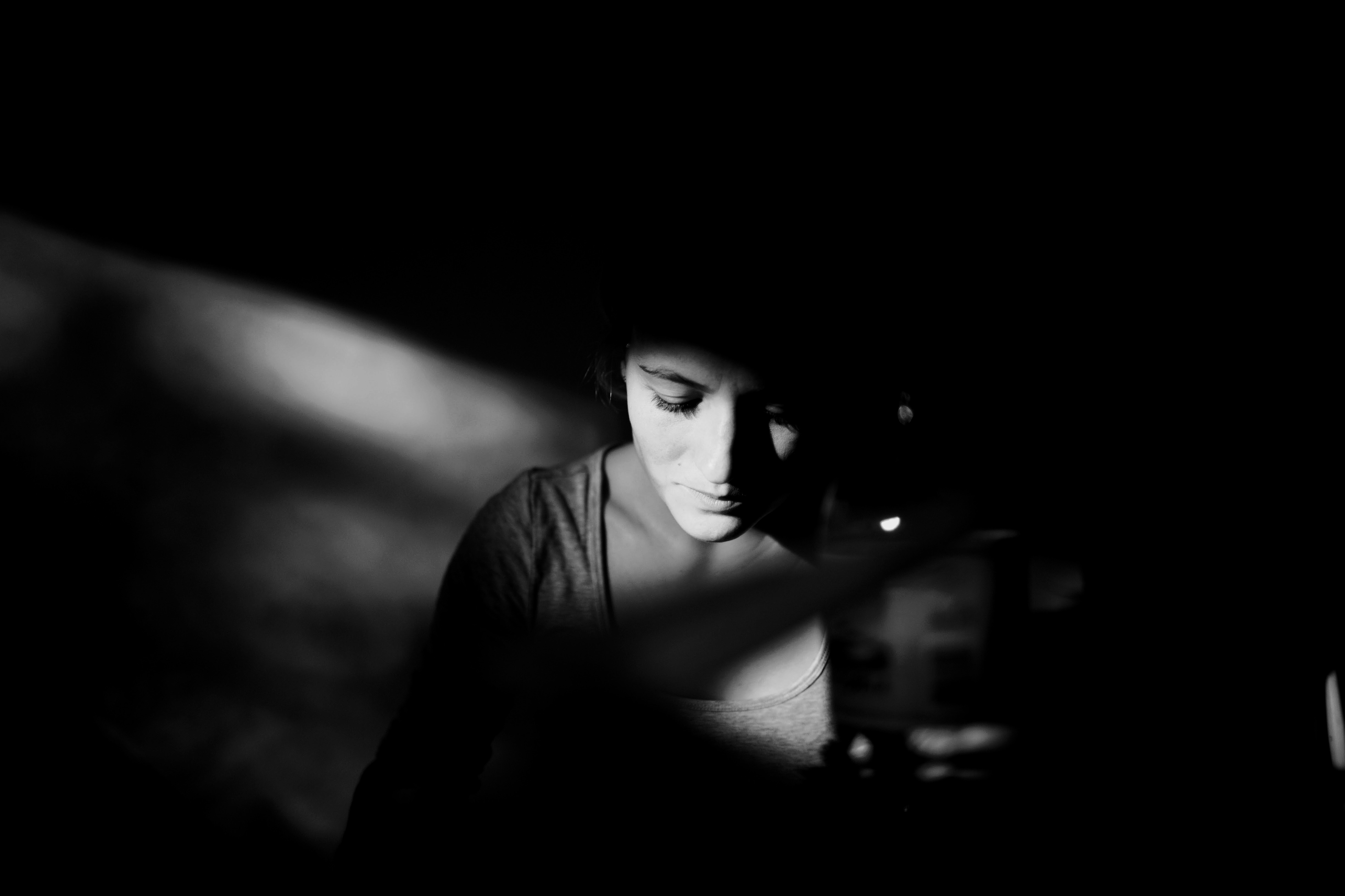 I remember how you used to get so upset and frustrated over the most stupid things. They weren’t stupid to you then, but spoiler: it has no impact on you in the future. Like if the drama you’re currently experiencing at 11-16 happened now in your early 20s, you’d probably tell them to second word off and go take a nap or something. Seriously. I know that sometimes it felt like the end of the world, but these problems will seem so miniscule in the near future and all that stress you worked yourself up into was pointless. Right now I see countless teenage drama between people who are your age today and it’s almost laughable. Not in a nasty way, but funny because you know nobody will give a flying fruit in less than 12 months about the issue you’re fretting over. It’s going to be okay. 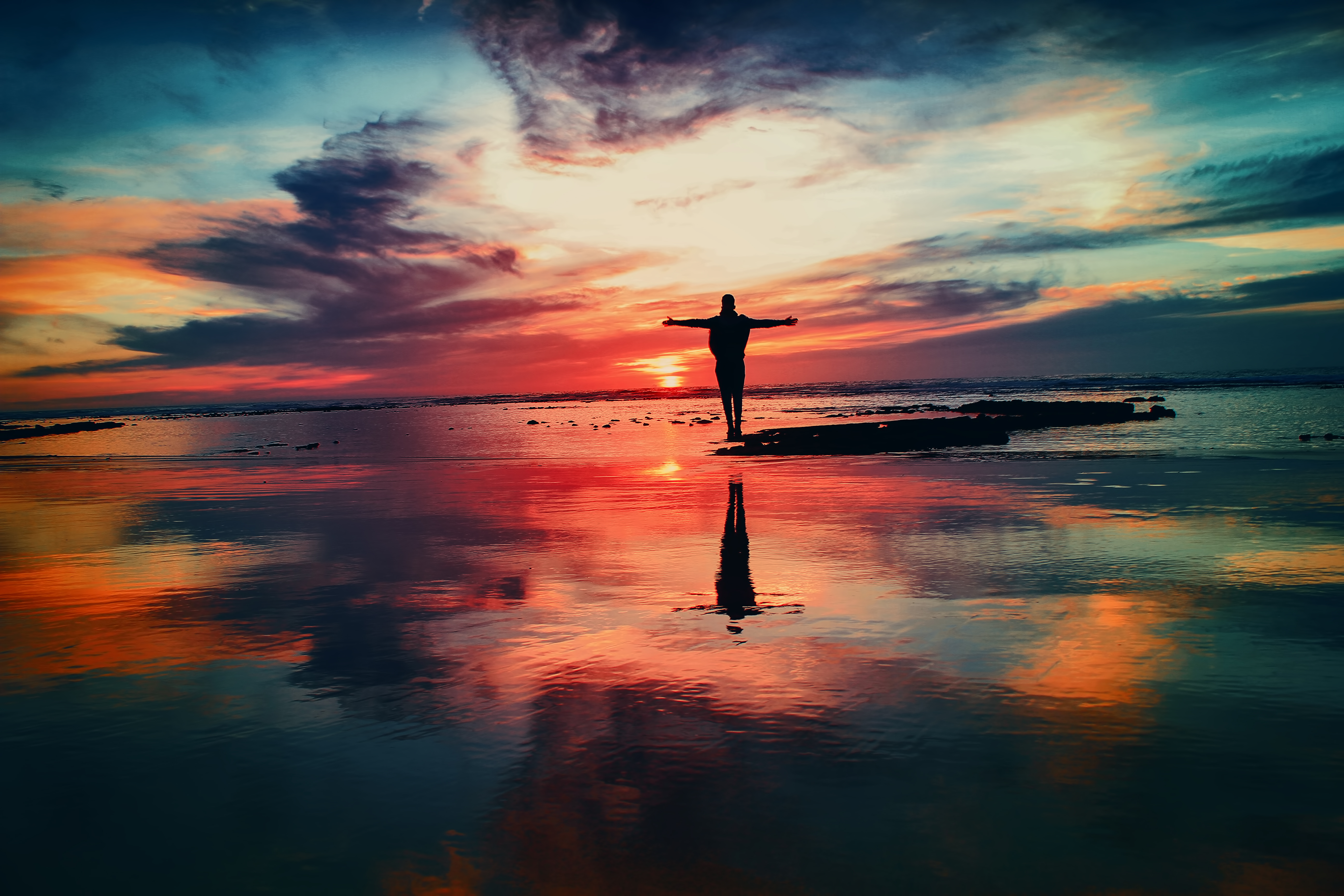 Think of it like this – right now, you are Spongebob. You are this very emotional person who makes or breaks depending on other people’s opinions, you are like a delicate little butterfly. By the time you reach adulthood, you’ll be more Squidward. Not in the heartless and miserable sense, but you won’t care as much and you won’t let things affect you. Albeit, some things will get to you, you do have feelings and are human after all, but you won’t be as butt hurt over things that you may be facing as a teen. 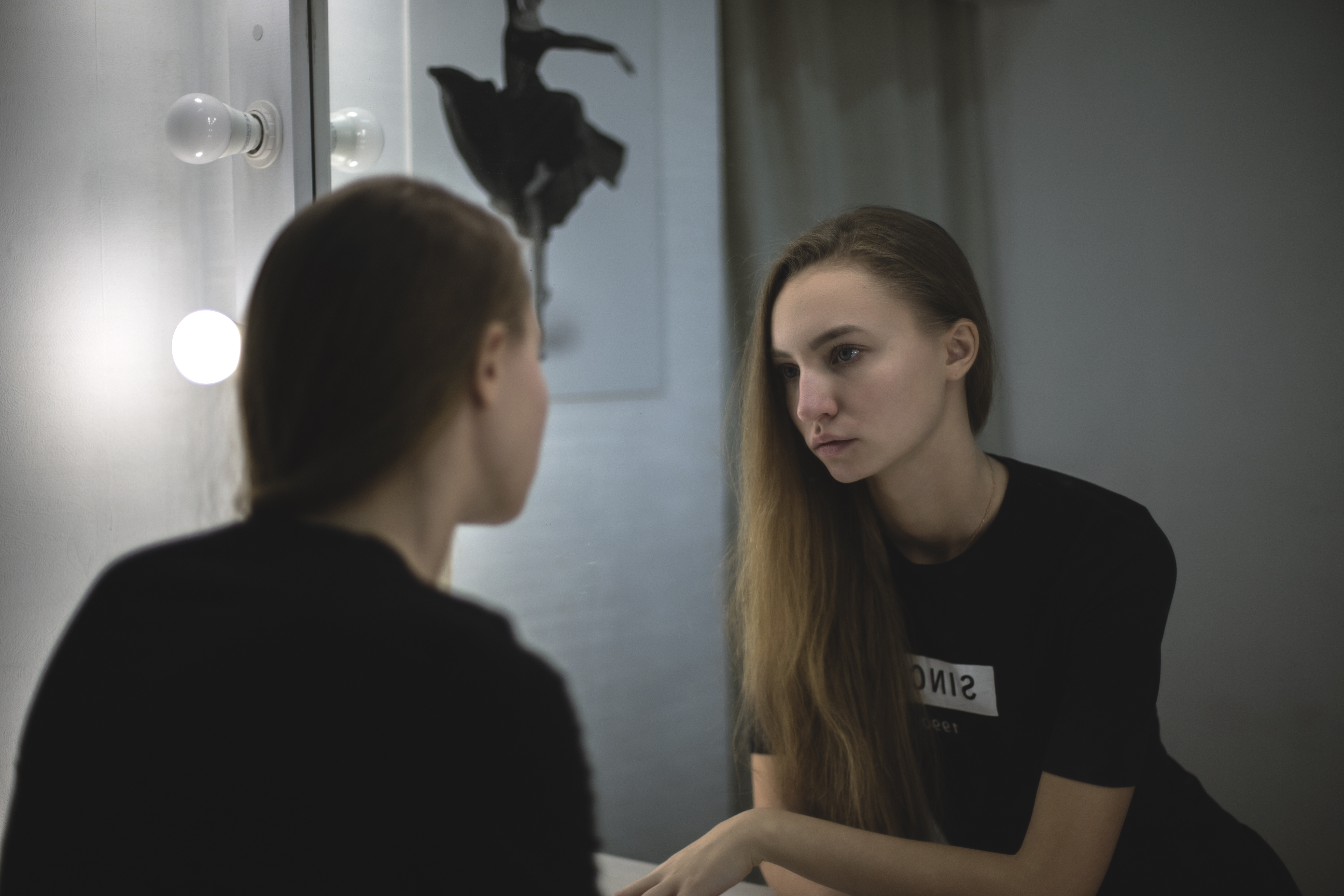 Those fuckers. Those nasty people who made you feel inhumane, so gross and genuinely sucked every ounce of self esteem from you. You’re not cured as an adult and it’s a deep rooted problem that will stick with you for some time and need proper attention, but what they say – you know who I mean – is bullshit. It truly is. Like, you aren’t this disgustingly ugly looking smelly fat freak. Kids are horrible, man. Looking back at photos you’ve posted on Facebook, I can see me. Not some gross horrible thing that doesn’t deserve to be treated with human respect. I see a younger me and you don’t look that bad, I promise. You’re no Vogue model now and we do have a lot of work on self esteem, but you aren’t unbearable to look at or anything. And, it gets better, makeup tutorials are on YouTube now meaning you get a better understanding and apply it in a more appealing way other than just dolloping it on and guessing how to do it. Honey, we are no beauty guru, but we can pull off a decent everyday makeup look and take decent selfies.

School won’t be the best years of your life 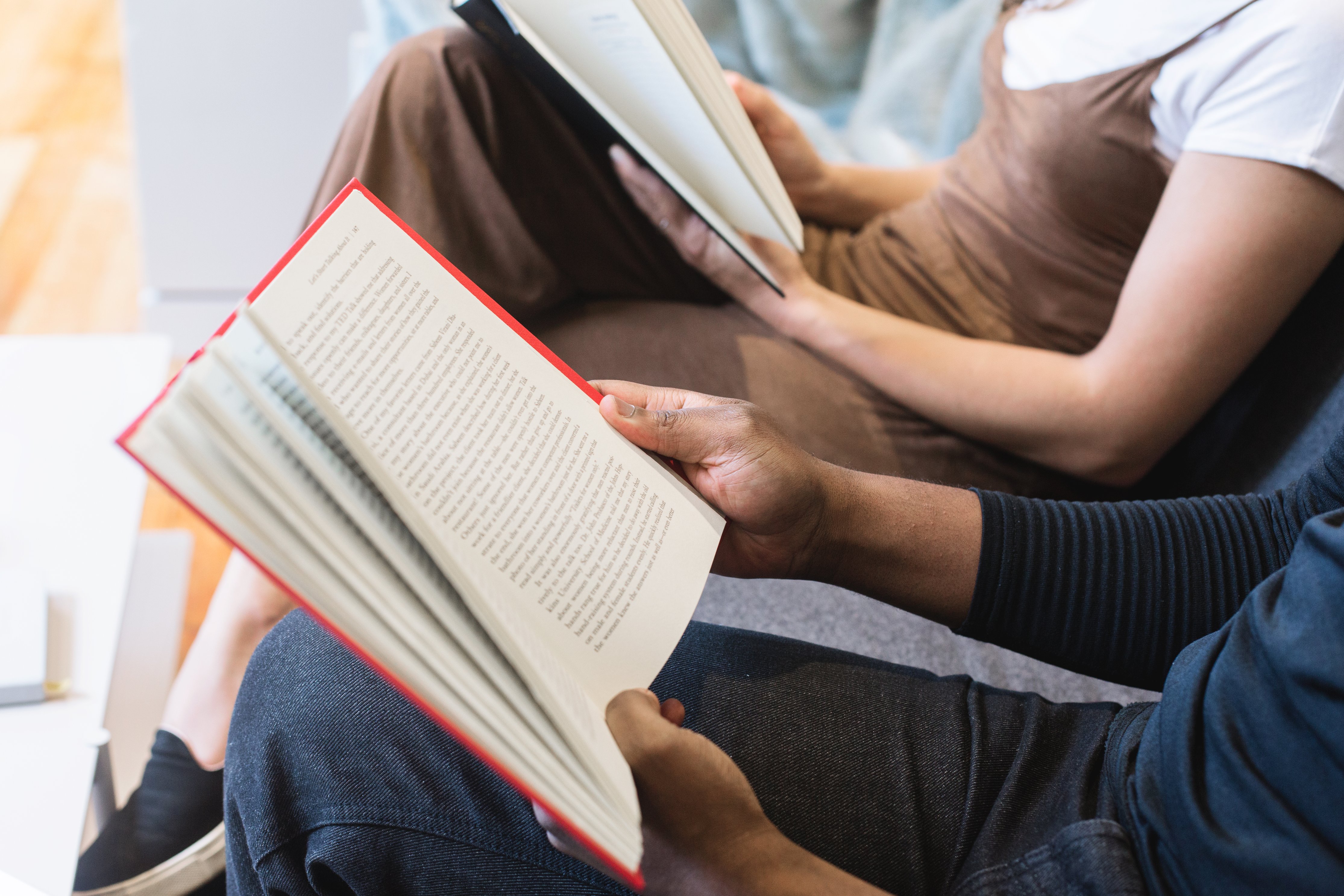 Whoever came up with that quote must have a God awful life after education because honestly, life is better after school. I know it’s tough for you right now and maybe more so for you than your peers, but it doesn’t mean the rest of life will be like that. Leaving that place will be the best thing to happen to you and just a heads up – sixth form is so not where you are going. We don’t go to uni, either. Well, we try open uni, but we decide education is just not for you and that’s okay. Speaking of…

There’s more than one way to get somewhere in life 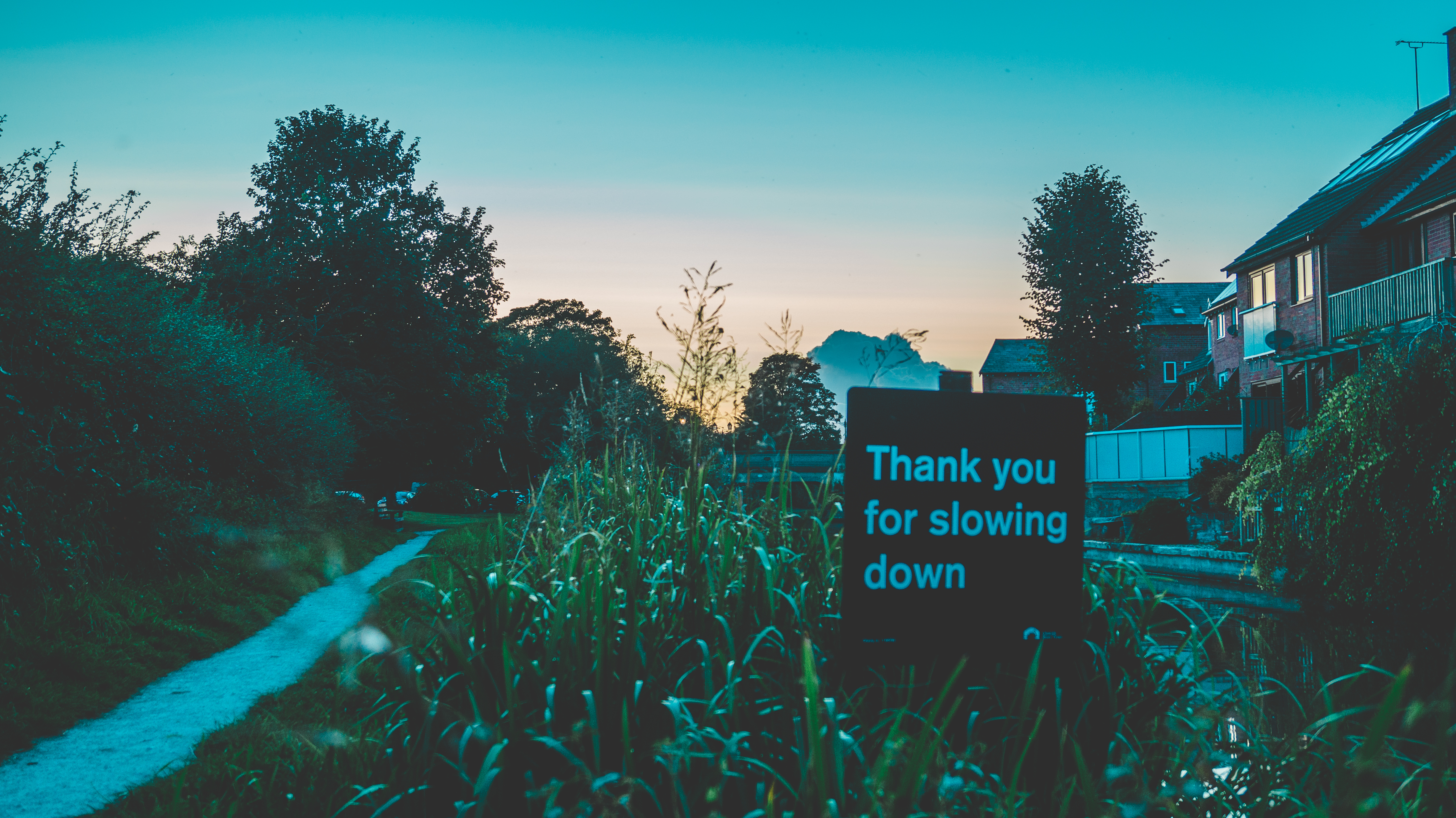 Look, I’m gonna tell it to you straight – mental health deteriorates, GCSEs are flunked and we take a brutal beating emotionally. But fear not, despite the education system shoving the idea of sixth form + university = success, we take a different route. Not the easiest and it takes a lot of work, but in the long run, it’s actually much better and more beneficial. We get more experience to put on our CV, we get alternative qualifications and we begin the career path of your dreams. Sit down for this, kiddo, but we become a pop culture journalist! It’s not the glitz and glam we dreamt of, but slow your horses, because this is just the beginning of the career ladder. I’ll give you a little insight to the highlights – we meet musicians, we become friends with some of them, we interview people from Walt Disney Pictures and we have these stories we play off so casually about famous encounters which will make your family and peers jaws drop. It’s good fun, but don’t slack. Don’t take things for granted. You’ll drop the ball a few times, but don’t panic. Things get in the way, but we’re clenching onto the ladder for dear life and Goddammit, we are working hard. Don’t expect success and huge cash flows at 22, because you need to work hard. Remember, we didn’t go to uni and that’s okay, but it does mean working hard to build up a CV that can kick ass in comparison to other people. When you feel like you’re going to slack, kick yourself and get back on the grind. And yes, you can still grind while in your PJs all day… but God sake, do try and get some structure in your life.

Your real friends are made in adulthood 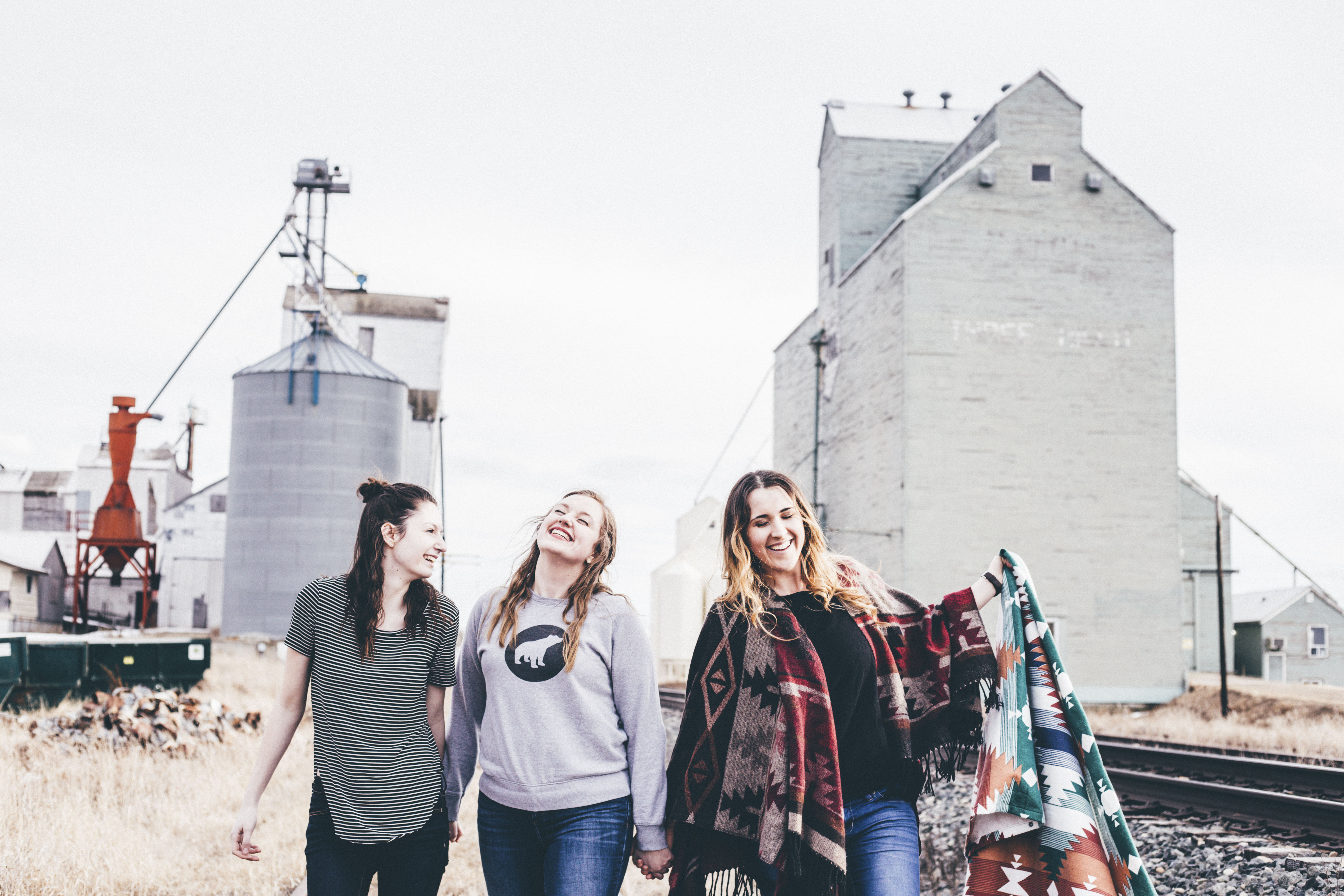 Look, spoiler – the only person from school you really keep in touch with is Josie (no surprise there) but you’ll meet some amazing people from all walks of life. Granted, some of them will be arseholes and they’ll leave as quick as they arrived, but there are some incredible people who you really needed in school, but I feel like someone somewhere is helping make up for the crappy people you were forced to spend time with during your teens. Like I think we we given a bad deal of cards in that department, but friends get better, I promise.

Your mental health does not define you 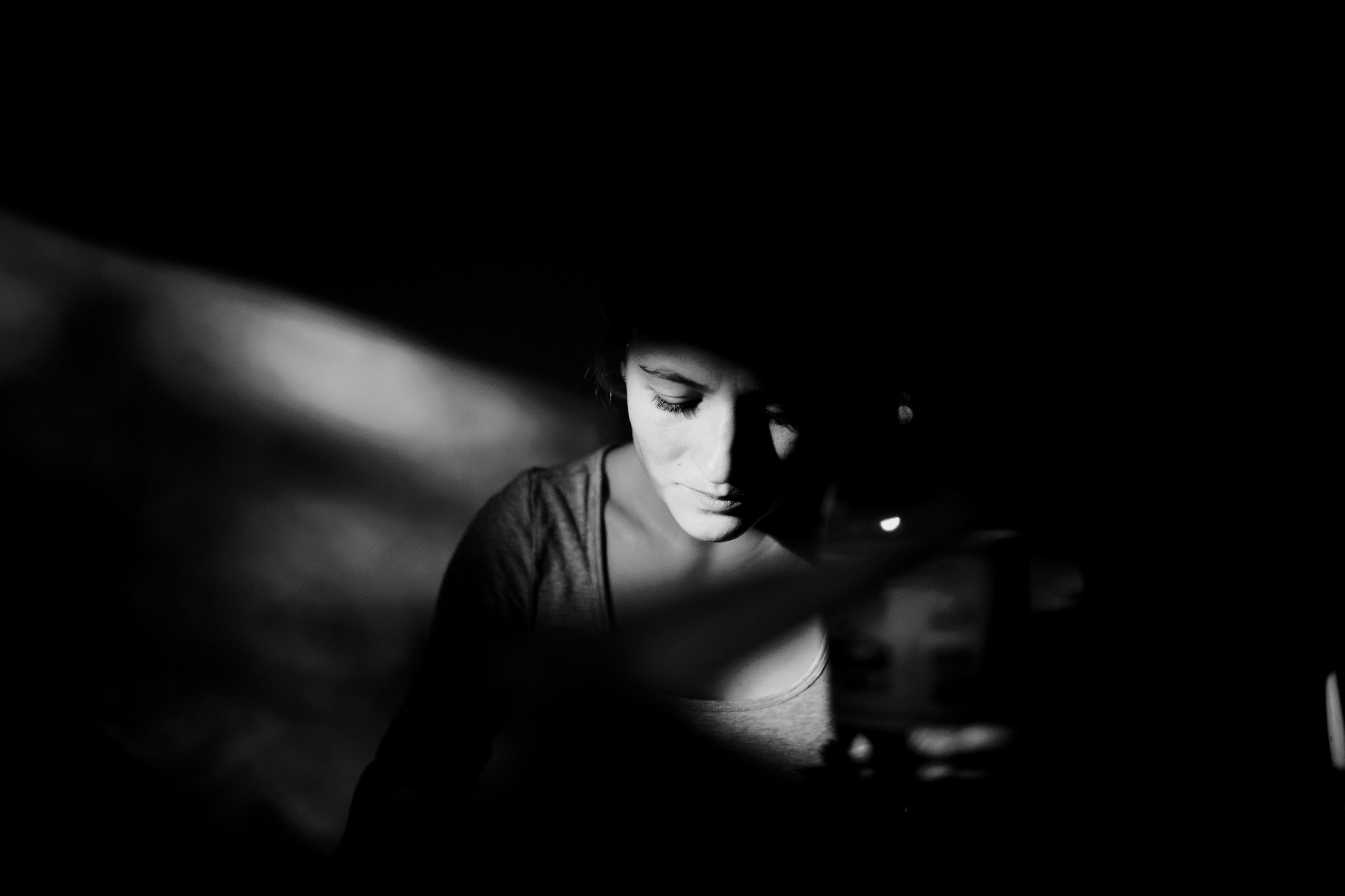 Yes, it’s still a big thing in life even as an adult and the NHS are crap – don’t take CAHMS for granted because the child and family clinic are way better than adult mental health, believe it or not. It does play a big part in your life, but that does not define you as a person. People still love you and want to be friend even with all the mess in your head. And guess what? You’re not the only person going through it, either, which brings me to my next point…

You are not alone 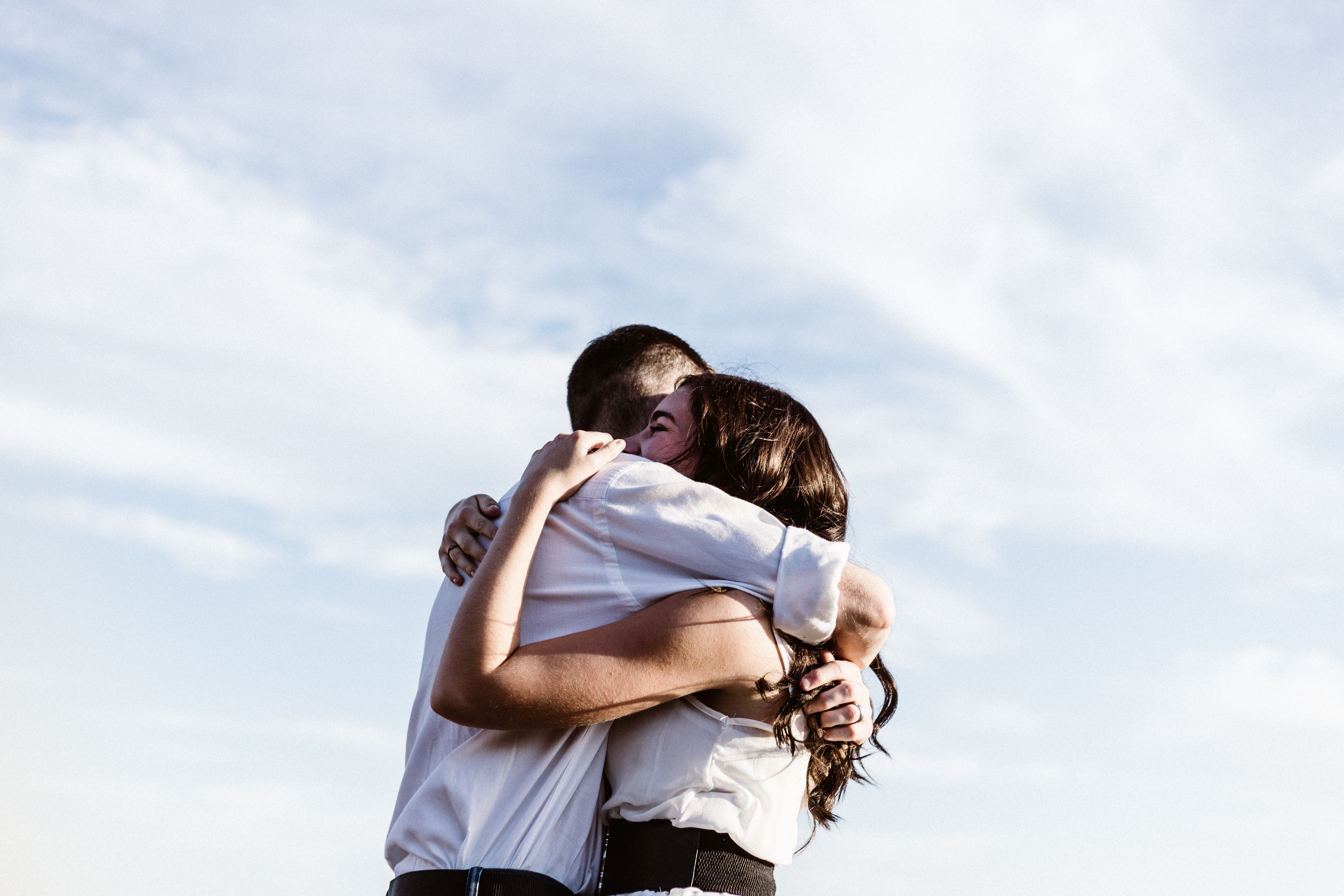 Remember this statistic – 1 in 4 people are suffering with mental health issues. You bloomed a little early and had a head start, but a lot of people in school are also being diagnosed with problems which you’ll have no idea about. You’ll make friends who share very similar stories to you and you’ll be an advocate who openly talks about your struggles, you’ll inspire others! But just remember, it’s not just you, even if it feels incredibly lonely right now.

Stop thinking you can predict your future 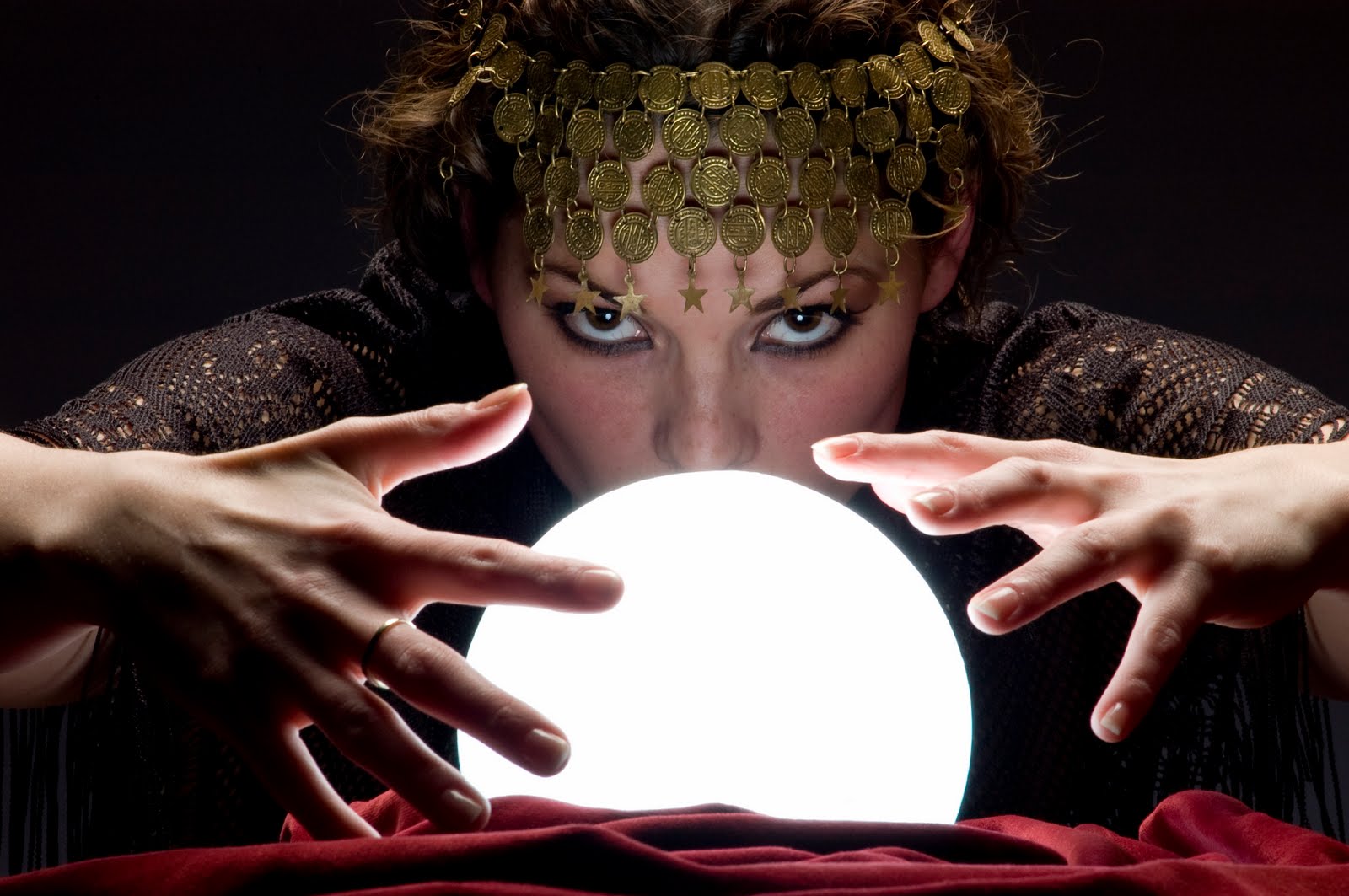 You are not a psychic. Life doesn’t pan out like you expect or how people try and etch into your mind. It’s a rollercoaster and it goes up down, round and round, think of it like Aerosmith’s Rock’n’Roller Coaster in Disneyland (no, we’ve not braved going on there yet, but we’re trying to and seen videos on YouTube, we’ll conquer it someday…) where it’s pitch black and you can’t see the trail ahead of you, but it happens and you can’t force it to be what you expected. But you can enjoy it, learn from it and keep learning. Life doesn’t live up to these images in your head, lots of things don’t, but it doesn’t mean it’ll be bad. Just let loose a little. 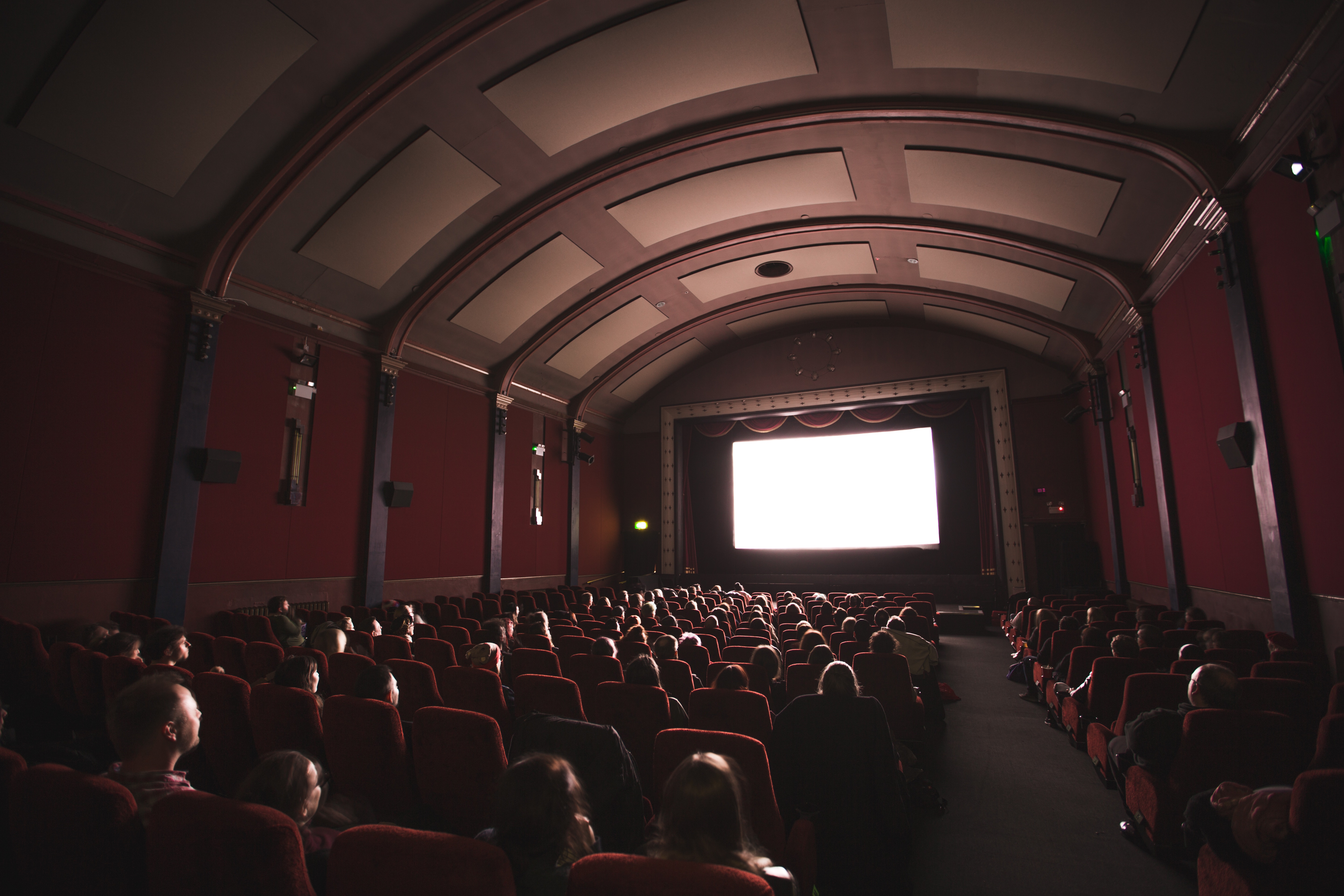 Speaking of life, it’s not like Hannah Montana or That’s So Raven or High School Musical. You don’t have a best friend who is as loyal as Lilly Truscott (but you do get a best mate called Lily who is better than fictional Lilly in so many different ways) and there’s no final scene where it’s a happy ending where the credits roll. Once you achieve a long term goal, life still keeps going. You get new goals and sometimes happy endings don’t even occur, but that’s reality and the sooner you realise, the better. That being said, it doesn’t mean you won’t have a great time – you will, but there are ups, there are downs and there’s no script to follow. It’s all improve, kid. You’ll get used to it.

I hope you enjoyed this week’s post. What are some things you’d like to tell your younger self?